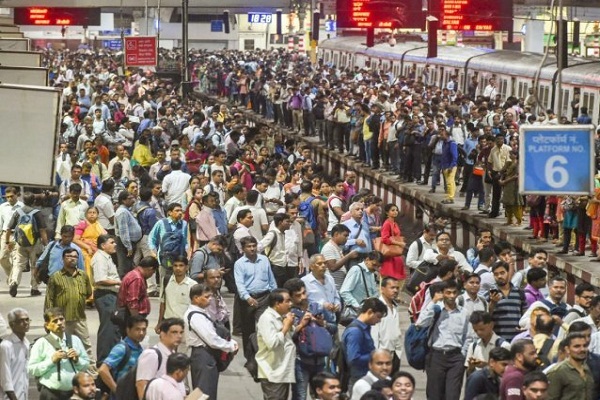 Signaling stabilizing population, India’s fertility rate has gone down the replacement level for the first time. As per the recent National Family Health Survey (NFHS) released by the Union Health Ministry, the Total Fertility Rate (TFR), or the average number of children per woman, has declined further from 2.2 reported in 2015-16 to 2.0 at the all-India level.

The data was released by Dr. Vinod Kumar Paul, Member (Health), NITI Aayog and Shri Rajesh Bhushan, Secretary, Union Ministry of Health and Family Welfare, Government of India with Factsheets of key indicators on population, reproductive and child health, family welfare, nutrition and others for India and 14 States/UTs (clubbed under Phase-II) of the 2019-21 National Family Health Survey (NFHS-5).

According to the official release by the ministry, the results also indicated that overall Contraceptive Prevalence Rate (CPR) has increased substantially from 54% to 67% at all-India level and in almost all Phase-II States/UTs with an exception of Punjab. Use of modern methods of contraceptives has also increased in almost all States/UTs. Further, unmet needs of family Planning have witnessed a significant decline from13 per cent to 9 per cent at all-India level and in most of the Phase-II States/UTs. The unmet need for spacing which remained a major issue in India in the past has come down to less than 10 per cent in all the States except Jharkhand (12%), Arunachal Pradesh (13%) and Uttar Pradesh (13%).

The Union Health Secretary noted that with the widening scope of household questionnaire, the data generated from NFHS will be beneficial to all line ministries, State Governments and other stakeholders. He remarked that data of NFHS-5 does not fully capture the transformative interventions of Ayushman Bharat -Pradhan Mantri Jan Aarogya Yojana and Pradhan Mantri-Surakshit Matritva Abhiyan as they were being rolled out as households were being surveyed across the country. He called for inter-ministerial coordination between the ministries of Women and Child Development, Food, Rural Development and Panchayat affairs to tackle nutrition deficiency and Anaemia in the population as has been shown in the survey.

Arunachal Pradesh, Chandigarh, Chhattisgarh, Haryana, Jharkhand, Madhya Pradesh, NCT of Delhi, Odisha, Puducherry, Punjab, Rajasthan, Tamil Nadu, Uttar Pradesh and Uttarakhand were the States and UTs that were surveyed in the Phase-II. The findings of NFHS-5 in respect of 22 States & UTs covered in Phase-I were released in December, 2020.

The main objective of successive rounds of the NFHS is to provide reliable and comparable data relating to health and family welfare and other emerging issues. The NFHS-5 survey work has been conducted in around 6.1 lakh sample households from 707 districts (as on March, 2017) of the country; covering 724,115 women and 101,839 men to provide disaggregated estimates up to district level.