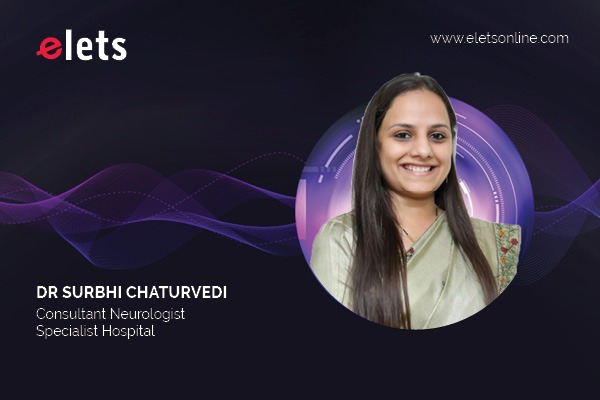 Advancements in the research of genetics and brain imaging are revolutionizing the knowledge and care of epilepsy, which is one of the most common and serious neurological disorders. Epilepsy is a condition characterized by recurrent unpredictable seizures. Epileptic seizures vary from being nearly undetectable to brief and long periods of vigorous shaking. Epileptic “fits” or “seizures” occurs due to a sudden, excessive electrical discharge from cells in the brain. It is like an “electrical short-circuiting” or an “electrical storm” in the brain cells.

Studies have indicated there are over 65 million epilepsy patients worldwide, with nearly 12 million cases in India. The alarming fact, however, is that despite the large prevalence of epilepsy in India, diagnosis, and treatment of the condition is largely restricted to the larger cities. Every year, approximately 60 new cases are added per hundred thousand population in the world, with close to 80% cases occurring in developing countries.

Over the last few decades, there have been major advances in the understanding of the neurobiological nature of epilepsy, what causes it, and the related co-morbidities. Two technological advances that have been particularly crucial in the modern understanding and in enhancing a possible cure for epilepsies are in the fields of genetics and brain imaging. Advances in genetics research include the identification of genes causative of epilepsy and those that influence the efficacy of anti-epileptic drugs. Brain imaging now can be used to identify even minuscule lesions (abnormalities in brain structure causing epilepsy) or dynamic functional brain imaging that enables the identification of areas of abnormal brain function. These have greatly helped in the enhancement of therapy. Augmenting progressive curability is the availability of neurosurgical procedures including functional neurosurgery where it is not only lesions that are removed, but also interruptions of brain pathways to prevent the propagation of the brainstorm.

The advancements in neuroimaging, particularly magnetic resonance imaging (MRI) has greatly helped in a deeper understanding of epilepsy. Earlier, technologies such as CT scans were used to detect very large lesions that can cause epilepsy; and now with the emergence of MRI even extremely subtle abnormalities in the brain can be detected. This has enabled doctors to be able to diagnose and surgically treat epilepsy in patients who earlier would have been regarded as patients with unknown causes.

We now know that genetic epilepsy can occur without a family history which has improved the understanding of severe epilepsies in children. Today, epilepsies are being categorised as a family of brain network disorders, which helps explain associated co-morbidities and is providing new ideas for specific therapies.

Epilepsy is often feared due to its physical symptoms. Epilepsy can affect a person at any age, but it most often occurs in children or the elderly. Epilepsy is a highly misunderstood and stigmatized condition and the social stigma and unsustained myths attached to patients with epilepsy, are baseless apprehensions that stem from widespread ignorance of the illness. However, the truth is that epilepsy can be treated and many people suffering from epilepsy can lead a normal, healthy life.

Treatment modalities available today include prescription of anti-epileptic drugs, surgical interventions to remove a small part of the brain that is causing the seizures or to implant an electrical device to help control seizures, and special ketogenic diets. Regular exercise not only improves one’s fitness but also revitalises one’s energy and relieves stress and can help reduce seizures and the impact of epilepsy in some people, making them feel more in control of their health.

Exercise improves fitness, energy and mood and relieves stress. Improving overall health and wellbeing in this way can help reduce seizures and the impact of epilepsy for some people. It can also help people feel more in control of their health.