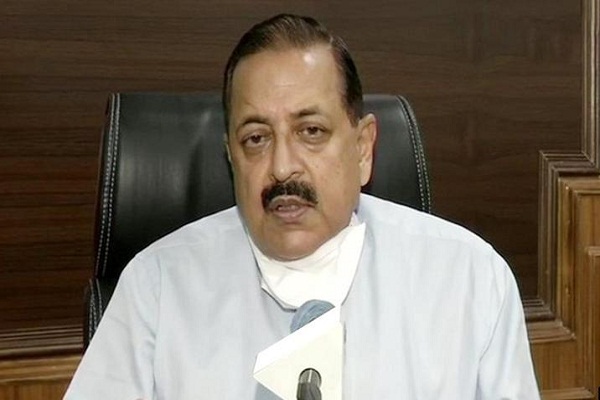 The Union Minister of State (Independent Charge) Science & Technology; Minister of State (Independent Charge) Earth Sciences; MoS PMO, Personnel, Public Grievances, Pensions, Atomic Energy and Space said, as the launch of Grand Challenge coincides with the Azadi Ka Amrit Mahotsav launched by the Prime Minister, it is all the more imperative for young startups and entrepreneurs to come out with innovative ideas and solutions for India’s healthcare challenges. He said that the 75 best chosen startups will be an asset for India to lead the country in the next 25 years during the celebrations of the centenary of India’s independence.

Addressing the BIRAC’s 10th Biotech Innovators Meet in New Delhi, Dr Singh pledged full support to startups from ideation to deployment stage. He expressed satisfaction that there is a commitment from several industry, hospitals investors, incubators and other stakeholders for the Amrit Challenge, which will end by 31 December 2021.

He directed the Biotechnology Industry Research Assistance Council (BIRAC) to pro-actively reach out to young startups, rather than they approaching BIRAC for help and support. He said an audit in this regard will be done by the end of the year. The minister also made his stand clear that young promising innovations will get priority in terms of help, support and hand-holding than the established industrial hubs. He said, though there is no dearth of talented HR pool in the country, the main challenge is to channelise it for evolving new paradigms.

Interacting with some of the top biotech and agri startups and stakeholders, Dr Singh said he firmly believe that the startups ecosystem has the potential to tilt the balance from import-centric medical devices sector to Made in India for India and for world alternatives. He said many of the innovations developed in the last two years in the field of diagnostic kits, healthcare and farming will have a relevance in post-Covid era.

He said India’s Bio-economy is on its way to achieve the 150-billion-dollar target to contribute effectively to Prime Minister’s vision of a 5 trillion-dollar economy by 2024-25. Addressing the BIRAC’s 10th Biotech Innovators Meet in New Delhi, he said, the sunshine biotech sector will more than double from $70 billion dollar at present to $150 billion by 2025.

The minister said that the innovation and startups support has resulted in more than 600-plus technologies and products at different stages of commercialisation. He also informed that the startup ecosystem is also poised to scale to 10,000 biotech startups propelling the innovation and knowledge translation into products that are Made in India – for India and for the world.

Dr Singh said BIRAC has established 60 world class Bio-incubators in the country. Moreover, BIRAC today engages with more than 5,000 startups and young entrepreneurs, who have received financial and mentoring support from BIRAC as it has its footprints across India and at all major global biotech destinations, he added. He said, it is also heartening to see that women founders led startups have about 27% representation and is growing further.

He said that the support from BIRAC in nurturing the talent pool, providing opportunities to startups to seed, succeed and scale is evident as thousands of them have received not only funding support but access to mentors and expertise for regulatory, go-to-market strategy development, fundraising and commercialization. The Minister said, due to this rich startup ecosystem, India witnessed several Covid-19 diagnostic kits developed and manufactured by young startups in a very short time that enabled our country to become Atmanirbhar for testing using indigenized diagnostic kits and related products.