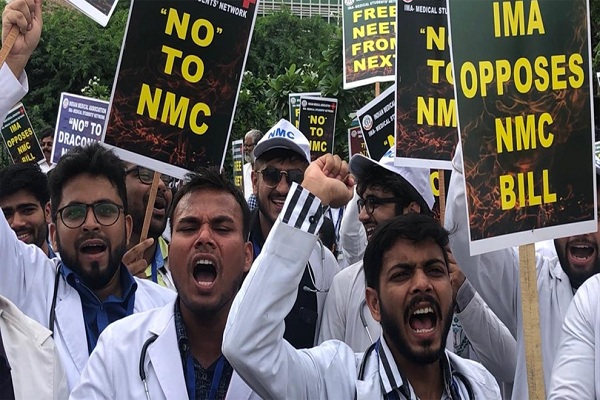 OPD services in various government hospitals across the country would be affected as the Indian Medical Association (IMA) has called for a nationwide 24-hour strike withdrawal of non-essential services on Wednesday.

The strike is part of the protest against the National Medical Commission (NMC) Bill, passed recently by the Lok Sabha to replace more than 60-year old corruption-hit Medical Council of India (MCI).

A section of doctors believe that Bill will encourage quacks, affecting quality of care in the long run.

As per news reports, demonstrations and hunger strikes will be held in all states. The IMA has asked medical students to boycott classes in solidarity.

“The Bill if not amended will only lead to a deterioration in the standards in medical education but will also lead to degradation of healthcare services,” an RDA statement said.

The non-essential services including OPDs will be shut from 6 a.m. on Wednesday till 6 a.m. on Thursday. Emergency, casualty, ICU and related services will function normally.

“This would mean that all paramedics including pharmacists, nurses, physiotherapists, optometrists and others are becoming eligible to practise modern medicine and prescribe independently. This law legalizes quackery,” said Asokan.