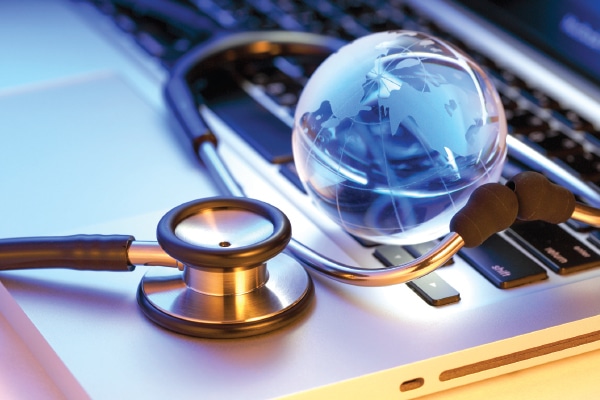 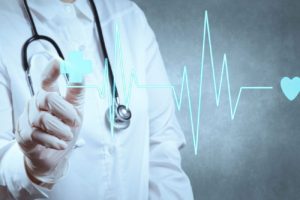 2018 has been a transformational year for healthcare in several ways – gene therapy and gene editing became a tangible commercial reality in the global context, the largest democracy in the world put down the goal post of universal healthcare and the most populous country signaled opening up of its generic formulation markets.  As we reflect on a momentous year, we look forward to foresee critical policy initiatives expected and analyze their impact on the cross-section of healthcare – pharma, biotech, medtech and healthcare delivery.

Invigorating policy framework to re-create the active pharmaceutical ingredient (API) backbone -One of the burning challenges in the Indian landscape that needs urgent attention is bleak API backbone in the pharmaceutical industry. Over the course of the last two years, the national security issue of high dependency on imports for critical API rapidly snowballed into a significant industry issue with supply disruptions in China creating severe scarcity for several products. The Katoch Committee report was an important initiative to address this problem.  It is unfortunate that the report submitted in 2015 is still waiting for implementation.  Looking forward, we hope the Katoch Committee gets the attention it deserves and policy changes required for implementation are swiftly initiated.

Expansion of aggregated procurementfor pharmaceuticals and medical devices – The Ayushman Bharat was undeniable one of the most significant developments in Indian healthcare landscape in 2018.  The program still seems blurry with implementation pathway being unclear at best – considering the scale of what is envisioned and glaring void of infrastructure and skill to deliver care at that level, especially at the target cost structure.  However, it is important to acknowledge that programme has explicitly punted universal healthcare coverage as an acknowledged goal in India.

While we would ideally like to see policy initiatives to foster creation of expanded healthcare delivery capacity, as a first step we expect wider rollout of pharmaceutical procurement programmes as a facilitative measure.  Programmes such as Amrit Pharmacies which will allow the Government to engage in aggregated procurement directly from pharmaceutical and medical device companies (cutting out margins of dealer and distributors) and thus accomplish the targeted cost optimisation on pharmaceutical and medtech inputs for programmes such as Ayushman Bharat.

If successfully implemented, this will hopefully provide a more optimal solution for affordable access and render price control redundant over the near term horizon.

If price control is introduced, it could result in a marginal shrinking of the booming diagnostics industry and quality concerns in the organized reference lab segment.  As in aggregated procurement, ideally it would be judicious to explore possibilities of aggregated buying for the public programmes and allow price markets to price themselves.

Expansion of notified devices for medical device rules -The Medical Device Rules were a foundational step to bridge the void in medical device regulations in the country.  While the rules have ushered in a new era in medtech regulatory framework in the country, number of notified devices that fall under the purview of the rules is currently very small.  Several critical care devices including ventilators and CPAPs are not currently covered.  There has been a continued focus to expand list of notified devices and we expect 2019 to be an important year when the list is made more comprehensive.

Implementation of the Allied and Healthcare Professions Bill and Amendment of Clinical Establishment rules for diagnostic labs–  For a strong healthcare delivery ecosystem, the regulatory oversight and policy framework needs strengthening across the healthcare continuum.  2018 witnessed Cabinet approval for the Allied and Healthcare Professions Bill as well as initiation of reform of the Medical Council of India.  Both initiatives need significant focus on policy roadmap for implementation and should take center stage in 2019.  Additionally, we also expect the framework for operation of diagnostic labs to be strengthened through an amendment of the Clinical Establishment Rules for diagnostic labs.  The Rajasthan High Court’s order from May 2018 led to creation of a high power Committee to review this and could serve as the trigger for this long awaited policy change.

Serialisation and traceability – Both US and EU now mandate track, trace and serialization through the Drug Supply Chain Security Act and the Falsified Medicines Derivative and to ensure traceability of drugs across the supply chain. We expect serialization to be a wider reality across many more countries in 2019.

Gene editing and gene therapy – While 2018 was a landmark year for new approvals for gene therapy and gene editing, it also flagged off concerns on unethical use.  2019 will definitely have greater emergence of greater regulatory clarity across geographic regions and a most importantly, a globally coordinated stewardship of this high potential science.  We expect the WHO to play a pivotal role but global regulators being proactive stakeholders to make this happen.

Biosimilars – Approvals are now very forthcoming in the US, the largest yet most reticent market pre-2018.  2019 could prove to be the big year for markets opening up as well. The interchangeability guidelines will play a critical role in US to trigger adoption of biosimilars.  At the global end, expansion of WHO PQ pilot for Trastuzumab and Rituximab will result in wider possibilities of marker access for RoW markets.  As it has done in vaccines, this will create a baseline regulatory certification that can avoid need for country specific approvals and pave the way for aggregated procurement of essential biologics.

Greater relaxation of entry barriers in the Chinese pharmaceutical market – Finally, we expect China to continue measures to open up the Chinese pharmaceutical market for global companies. In 2018, China hastened the process of registration of drugs in China by beginning to accept data from global clinical trials without insisting on in-country data.  China also waived import duty on 28 oncology generic formulations during the past year.  We expect to see continued reform in the Chinese market and greater opening up of generic formulations market as an opportunity for Indian companies.

Have A Hectic Lifestyle? Here’s Why You Need A Cancer Insurance