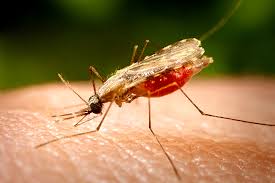 Monsoon has set in full force in the country bringing along host of problems including stagnant water and muddy puddles in our surrounding areas. The dreaded mosquitoes are the single largest cause of most deaths across the country.

Mosquito-borne diseases like dengue, chikungunya, malaria and Japanese encephalitis have been on the rise across the country. These diseases are the result of low hygiene and sanitation.

According to National Health Profile 2017 report, Chikungunya cases have increased 300 per cent between 2012-2015. Dengue cases increased 157 per cent, along with Japanese encephalitis cases which was observed 124 per cent rise. Total malaria cases recorded in 2016 in India was 1,090,724. Out of these, 331 cases proved fatal.

Dengue is a viral disease spread by the Aedes mosquito, which can lead to a fatal drop in blood platelets causing multiple organ failure.  245 deaths were among 129,166 cases reported in 2016, according to figures by the National Vector Borne Disease Control Program (NVBDCP).

Chikungunya, also spread by the Aedes mosquito, affected 64,054 people in 2016. Japanese encephalitis, a viral brain fever which gets spread by Culex mosquito is also on the rise. It is commonly seen in eastern India affecting 1,676 people in 2016 with a death toll of 283. Entry of Zika virus’ this year, has raised uncertainties around the mosquito-borne diseases.

A bite of female anopheles mosquito spread four species of parasite causing malaria. Plasmodium falciparum causing cerebral malaria is the most dangerous one.

Dangers of malaria: Complications like low blood sugar levels, lungs being accumulated with abnormal fluids, bleeding, circulatory collapse, and shock. However, the much-feared cerebral malaria – described as un-rousable coma can be fatal

Dengue: Dengue is a viral fever transmitted from the bite of Aedes Aegypti mosquito. Dengue haemorrhagic fever affecting infants and young children is an acute infectious viral disease. AedesAegypti, is a day-biting mosquito which transmits the disease.

Filaria is a long thread-like parasitic nematode worm WuchereriaBancrofti which is transmitted by biting mosquitoes. It infects the body through tiny filarial worms, causing filariasis.

Mosquito takes up the larvae with the blood while it bites an infected person at night. The larvae enter the wound when the insect bites a man and infect a new host.

The adult worms live in the lymph, body fluid. These worms block the flow of lymph, causing Elephantiasis disease. Encephalitis is characterised by severe swelling of the limbs, especially the legs. Occasionally or in very rare cases, it affects the breast or the scrotum.

Yellow fever is a tropical haemorrhagic fever caused by the virus, that is spread to humans by infected mosquitoes. Yellow fever is usually carried through Aedesaegypti type of mosquito from human to human.

The infection can cause a shock, bleeding or kidney and liver failure. Yellow fever has the name because of Jaundice disease due to liver failure (yellowing of the skin and the whites of the eyes).

How to protect ourselves from mosquitoes