D Yellow Elephant (DYE), a digital and social media firm, has revealed the digital health of leading India healthcare companies in a survey that scrutinises the digital performance of 160 firms spread across four primary segments of healthcare ”pharmaceuticals, diagnostics, medical devices and equipment, and hospitals.

The survey judged four crucial digital parameters: online presence, content, listening and engagement. Based on their performance in these areas, DYE further segregated these companies into three key buckets: Digital Primes with a score of 50 points and above, Digital Aspirants with 20-25 points and Digital Onlookers with below 20 points. Different parameters were set for each digital platform and assigned weightage quantified as H points.

Based on their presence on the social network platform LinkedIn, Biocon topped in pharmaceuticals categor, Apollo Diagnostic in diagnostics category, Siemens Healthcare in medical devices and equipment category and Medanta the Medicity in hospitals segment. Microsoft ranks India as its second largest market in terms of Linkedin users after the US. The company has about 42 million users in India.

On Facebook, Pfizer topped the list in pharmaceuticals, GE Healthcare in medical devices and equipment, Apollo Diagnostic in diagnostics, and Fortis Hospital in hospital segment. Facebook users in India have crossed 240 million users, becoming the largest audience country for the social media giant.

On YouTube, GSK has topped pharmaceuticals, Apollo Diagnostic in diagnostics category, J&J in medical devices and equipment, while Seven Hills in hospitals segment.

India has 180 million monthly active users of YouTube on mobile devices alone.With over 300 million smartphone users now in the country, creators are finding audiences beyond the top metros.

The survey has also highlighted that internet penetration in India is currently stands at 35 per cent with 23 per cent year-on-year growth in its users. By 2020, India is expected to be home to 730 million internet users with as many as 175 million online shoppers, the report said.

DYE projects healthcare sector in India growing at a fast pace and is currently values at $100 billion. The sector is expected to touch $280 billion by 2020 at a CAGR growth of 23 per cent.

New businesses as well as consumers in India are getting online every day, paving the way for a sustainable digital ecosystem in the country. Through key policy initiatives and impactful infrastructure reforms, improvements in digital adoption are sure to drive growth of internet users in India. In a nutshell, Indias digital juggernaut is only getting started, the report says. 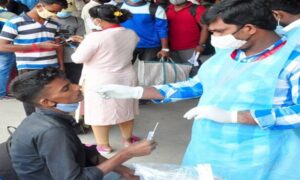 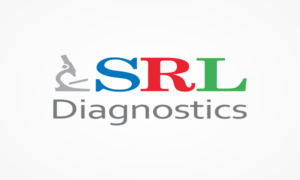