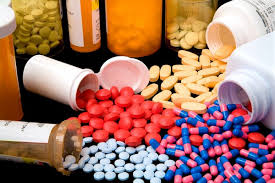 To provide affordable healthcare services to the masses, JP Nadda, Union Health Minister, has announced that over 2,000 medicines will become 90 per cent cheaper than the maximum retail price (MRP).

“Two thousand medicines will be made available at 60 to 90 percent less rates than the MRP,” Nadda announced recently in Jabalpur, Madhya Pradesh.

The plan is part of the Atal Mission for Rejuvenation and Urban Transformation (Amrut) scheme.

According to the Health Minister, to provide cheaper medicines special retail stores would also be established in Madhya Pradesh, which will also get the Centre’s assistance to build the super specialty block of Jabalpur Medical College at a cost of Rs150 crore.

To provide better health services to the people is the biggest responsibility of any government. Up to Rs 2 lakh has been entrusted to collectors under the Rajya Bimari Sahayata Scheme (for this purpose), Shivraj Singh, Chief Minister of Madhya Pradesh, said in a statement.