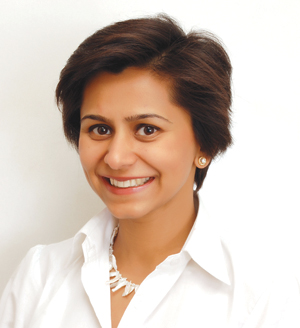 Imagine the world as seen in the 1997 science fiction movie, Gattaca. A world where the risk of disease is minimised even before the child is born. Gattaca projects a scenario where a controversial interpretation of liberal eugenics is being used to ensure that the children inherit only the best and the healthiest characteristics of their parents. Welcome to a brave new world where technologies can ensure that we are genetically immune to all kinds of diseases

EZ Scan
Predicting Diabetes and its Complications
Few doctors are aware that the conventional tool used for the screening of diabetes, the fasting blood sugar, will pick up only 30-40 percent of diabetics. The rest stay undiagnosed until complications of diabetes develop.  EZ Scan is a non-invasive pseudo motor function test capable of detecting autonomic neuropathy, which develops in the early reversible stages of diabetes. The machine is available at a few centres in India, and will soon be seen at Apollo Hospitals across the country.

EndoPAT
Predicting cardiovascular disease, and potential heart attacks 5 years before they happen
EndoPAT non-invasively assesses endothelial functions, and measures arterial tone and stiffness. Think of a normal endothelium as the surface of a non-stick pan “ once the thin lining is damaged, platelets and other cells stick to it causing the formation of plaque, which ultimately cause the vessel to block, resulting in a heart attack.

Robotic Surgery
A giant leap over minimally invasive surgery
Robotic surgery allows surgeons to operate while sitting in a console, through the tiniest of incisions. It smacks of the potential to one day allow a surgeon sitting in London to operate on a patient in Ethiopia.
The technology will soon be available in Apollo and Fortis Hospitals at select locations across the country.

RheumaScan
A test to detect small joint inflammation
RheumaScan measures the fluorescence of the contrast agent Indocyanine green (ICG) and thereby displays active inflammatory processes. It enables the visualisation of inflammatory activity in a variety of different diseases, such as arthritis, psoriasis, and osteoarthritis.
Healthcare is also becoming more consumer-led, with individuals getting instant access to healthcare information, and becoming their own care managers. The Physicians role seems to be changing from demigod, to a trusted advisor, who works with his patient on the basis of the information that is available.

Technologies for Patients
CadiSense: Wireless thermometer The CadiSense Wireless Thermometer is a thermosensor with an RFID tag, which hooks up to a small home server. This allows a parent to get updates of their childs temperature every 3 minutes, irrespective of where in the world they are.

Insulin Pump: Delivering the right dose every time
This tiny sensor and pump is implanted under the patients skin and administers insulin to the patient. The pump allows the right dose to be delivered at the right time, and allows insulin dependent diabetics to live a relatively stress free life.