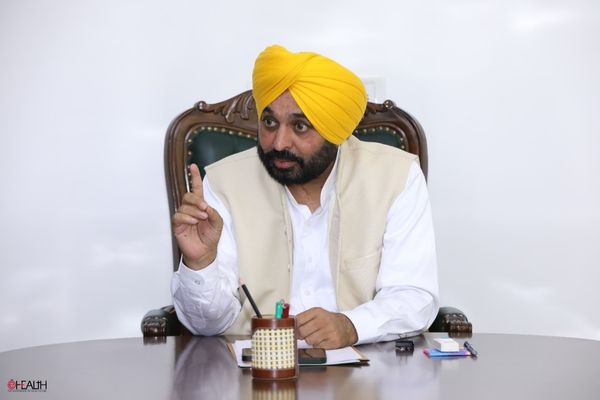 Post visiting the future site of a medical college in the area, Chief Minister Bhagwant Mann declared on Sunday that Punjab will become a centre for medical education for the entire world. The medical college, which would be built on a 20-acre site at a cost of Rs. 428.69 crore, will be named after Guru Nanak Dev, he claimed, according to PTI. The chief minister stated that the plan has been finalised and that construction will soon begin on this large-scale project.

He stated that a hostel facility and a 300-bed hospital will also be built because many students from various states will attend this college.

According to Mann, the Punjab government has decided to build 16 medical institutions over the course of five years, bringing the state’s total to 25.

According to him, construction on two medical colleges in Kapurthala and Hoshiarpur as well as the Sant Attar Singh State Institute of Medical Sciences at Mastuana Sahib in Sangrur has already begun.

According to the Punjab chief minister, those who want to pursue medical education will no longer need to travel to nations like Ukraine because they can receive a great education home.

He said that the AAP government’s main focus areas are on health, education, power, and clean water, accusing previous administrations of not giving medical education any priority.

Mann reiterated that the state administration is totally dedicated to upholding the hard-earned peace in Punjab and added that strong measures are being taken to discourage the gun culture and that police personnel have been instructed not to spare anyone uttering hate speeches. Mann later went to Hoshiarpur to visit the future location of a medical school that would honour the martyr Shaheed Udham Singh. He stated that the project’s overall cost would be Rs. 418.3 crore, and the medical college would be built on an area of about 23 acres.