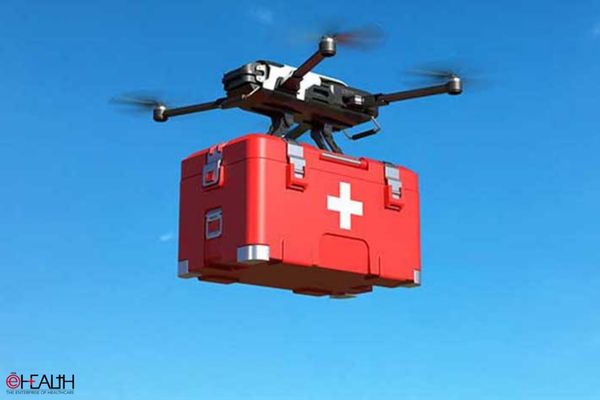 To ensure better delivery of medicines and vaccines in remote and cut-off regions, the Himachal Pradesh government has adopted a new approach of utilising drones.

According to reports, the state government is working on preparing a blueprint of inaccessible areas where medicines will be delivered with the help of modern drone technology.

Besides, the state government has already signed an agreement with the service provider companies and is currently working on designing a special map that aids in identifying the regions where the drone services would be launched. It is estimated that by next month, the state could see the start of drone services in the healthcare sector.

Further, drones will also be utilised for sample collection of patients and blood supplies through a network of hub-spoke models. Additionally, the department is listing items that could be supplied using drones and the kind of samples of patients that could be brought for examination by the drones as well.

The adoption of drone services is made considering the difficult geographical conditions; as such, drones could reach inaccessible areas where it takes many days for the healthcare workers to reach.

Commenting on the initiative, Hem Raj Bairwa, the MD of National Health Mission (NHM), Himachal Pradesh, stated that the department of information technology has already signed an agreement with some drone firms and now the areas where the service would be launched are being identified.

“We have to identify the areas where the medicines and vaccines need to be sent and the areas from where the samples need to be lifted. On getting the details, we would inform the service providing company and drones will reach that area,” he added.

“We are working out the details of how to lift samples through the drones,” he further added.

Reportedly, the Himachal government has issued notifications related to its latest drone policy which aims to promote the use of drones for simplifying governance and improving the service delivery mechanisms, especially in far-off remote regions, and to create a capability within the administration to effectively utilise the enormous benefits of the use of drones in governance.

As per Drone Policy 2022, the technology will also be utilised for monitoring and inspection of healthcare facilities and work monitoring. The state government is anticipated to put its plan into effect by the end of the month.

With this new drone policy, Himachal Pradesh has become the first state in the country to formally acknowledge the public use of drones.