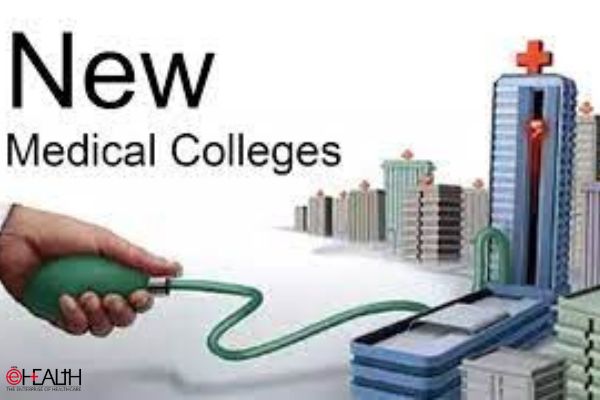 Union Health Secretary Rajesh Bhushan solicited 14 states to accelerate the utilisation of funds and expedite the fulfillment of new medical colleges connected with district hospitals sanctioned under a Centrally sponsored scheme for the early dawn of undergraduate courses by the 2023-24 academic session.

According to the statement of the Health Ministry, 157 new medical colleges have been endorsed so far under the scheme in three phases since 2014.

“It was pointed out that since the scheme will conclude on 31st March 2024, hence all projects need to be completed in time. It was informed that a sum of Rs. 7,500 crores have been allotted for the schemes of Human Resources for Health (HRH) and Medical Education (ME) for the financial year 2022-23,” said a statement by the Ministry of Health and Family Welfare.

“However, due to the slow pace of expenditure of the States/UTs and since there has been no requisition for release of funds from the states, further release of funds by the Centre to States cannot take place. States were further informed that utilisation certificates have to be furnished urgently without delay to enable the Centre to release balance funds,” the statement added.

During the meeting, the Union Health Secretary highlighted the benefits of more recent technologies that encourage quick completion and also high levels of conservation of energy.

The Union government founded the Centrally Sponsored Scheme for the building up of new medical colleges attached to existing district/referral hospitals in January 2014. The fund sharing between the Centre and states is in the ratio of 90:10 for the northeast and special category states and 60:40 for others.