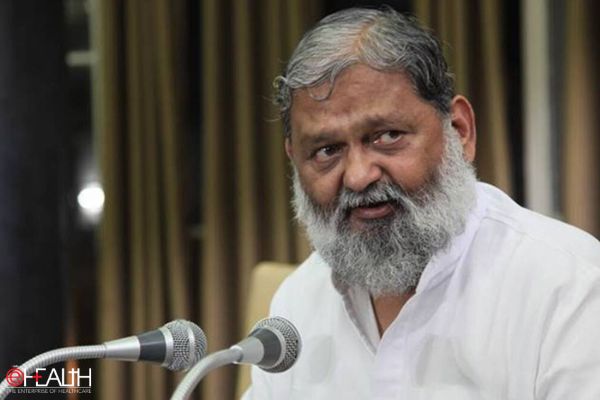 The Health and Family Welfare Minister of Haryana, Anil Vij has announced that every hospital will soon have access to an e-library.

Further, the minister assured that this facility will also be connected to the medical colleges so that students enrolled in the Diplomate of National Board (DNB) course get the latest and world-class information.

Addressing a gathering during the DNB Orientation Programme at Indradhanush Auditorium, Sector 5, Panchkula, the minister said that the state is moving toward digitalisation.

As per the report, the Central Government had approved a sum of INR. 9 Cr for DNB infrastructure, which includes equipment, guest faculty, and other things. The minister stated that e-treatment should also be available in every PHC and hospital.

Moreover, the mapping would be done soon in Haryana in health infrastructure facilities for which tenders had been invited. The minister added that the health facilities were being provided based on demand but after mapping.

Besides, a separate provision has been set up for health-related buildings in the health budget and soon an assessment of the Health Department’s old buildings will be carried out, followed by repairs.

He further added, “The hospitals are connected with e-Upchaar, but we want that every PHC (public health center) and hospital in the state should be connected to e-Upchaar and the Health Department is moving forward towards this initiative.”

According to the Health Minister, the Health Department will gain from the introduction of DNB courses. He claimed that this way the state’s health department would get double the benefit.

Over four years, the health ministry has installed cath labs in four districts, along with dialysis centers and city scans in 21 and 22 districts, respectively.

According to reports, the process of opening cath labs in other districts is going on. Vij stated that six medical colleges are already operational and six more are being constructed. He claimed that DNB courses could be started in these hospitals because of the huge healthcare infrastructure.

Commenting on the matter, Additional Chief Secretary of the health department, Rajeev Arora said, “Apprentices of various courses would also be appointed at the state hospitals in the near future.”

Additionally, he stated that Haryana had done well in its campaigns against Covid, Hepatitis, etc. He remarked that there is a need to focus more on how to improve paramedical staff and field personnel.

According to him, rapid action must be started as soon as possible to completely eradicate Tuberculosis (TB) from the state by 2025. Moreover, he informed us that programs to control anemia are being carried out on a large scale.

Currently, there are 76 seats for DNB courses in the state and their number is expected to increase soon.

In addition, the health department’s recruitment procedure for 1,250 doctors has been completed; 950 of them have been selected, and they will start working for the department soon.