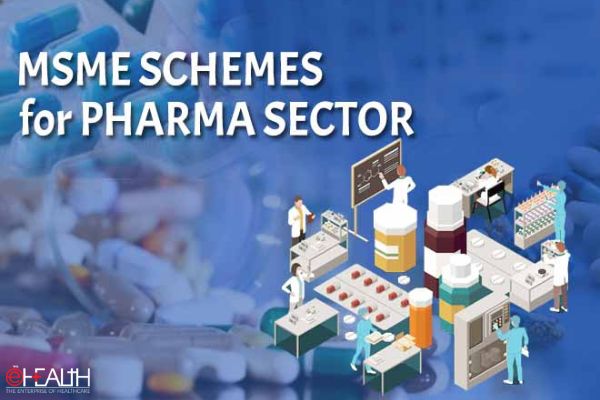 The union government has launched three schemes to bolster the Micro, Small and Medium Enterprises (MSMEs) in the domestic pharmaceutical sector.

Union minister of health and family welfare (MoHFW) Mansukh Mandaviya highlighted that the schemes launched by the government are aimed at upgradation of technology, establishing common research centres and waste treatment plants in clusters for the MSMEs in the pharmaceutical sector.

He said that the aim is to ensure that even small pharma companies get to upgrade their facilities in line with global manufacturing standards.

The schemes have been rolled out by the ministry of chemicals and fertilizers (MoC&F) under the ‘Strengthening Pharmaceuticals Industry’ (SPI) banner.

Sharing his views, Mandaviya who is the union minister for both the ministries i.e. MoHFW and MoC&F said, “I believe the pharma MSME industry will greatly benefit from the schemes. The new schemes have many benefits that will go a long way in making the Indian pharmaceutical industry, Atma Nirbhar, more resilient and future-ready.”

The schemes launched by the Centre provide credit linked capital and interest subsidy for upgrading the technology of the MSME units in pharmaceutical sector, along with supporting up to Rs 20 crore each for common facilities, which includes effluent treatment plants, research centres, testing labs in pharmaceutical clusters.

The Small Industries Development Bank of India (SIDBI) is going to be the project management consultant for implementing these schemes.

The pharmaceutical MSMEs with proven track record would be facilitated by Pharmaceutical Technology Upgradation Assistance Scheme (PTUAS) to upgrade their technology.

As per the scheme, on loans up to highest limit of Rs 10 crore there are provisions for a capital subsidy of 10 per cent with a base repayment period of three years or interest subvention of up to five per cent (six per cent in case of units owned by SC/ST) on the basis of reducing balance.

Likewise, the Assistance to Pharma Industries for Common Facilities Scheme (API-CF) would give a boost to the capacity of the existing pharmaceutical clusters for sustained growth. As per the provisions, this scheme provides an assistance of maximum 70 per cent of the approved cost of the project or Rs 20 crore, whichever is less. While for Himalayan and north-east regions, the grant-in-aid would be Rs 20 crore per cluster or 90 per cent of the approved project cost, whichever is less.

The union minister advised the industry to keep upgrading the technology with a view to cater to evolving needs as per the global markets.

He also stressed on the significance of moving to ‘value from volume’.

The union minister also highlighted various steps taken by the government for the benefit of the MSME sector and informed that 40 per cent of selected participants belonged to the MSME category as part of the production-linked incentive (PLI) scheme for pharmaceuticals.

He said that the need of the hour is the demand-based research. He also encouraged greater industry-academia linkage.

Mandaviya said that the government led by Prime Minister Narendra Modi is diligently working towards strengthening the Indian pharmaceutical industry.

“It (schemes) will increase investment, encourage research and innovation and enable the industry to develop futuristic products and ideas,” he said and added that the government is working to promote ease of doing business and bring down compliances to support the industry thereby helping it grow at a rapid pace.