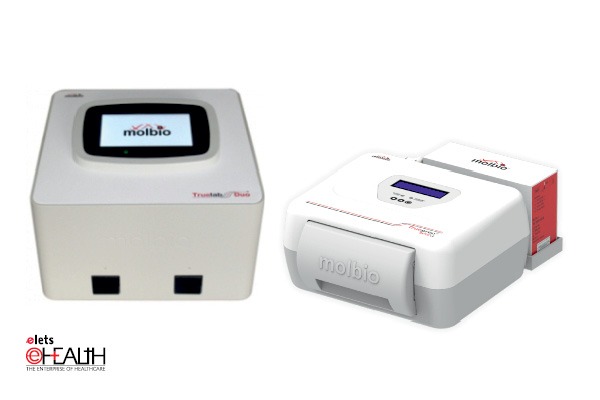 The Government of India is all set to launch a special door-to-door TB screening initiative on 24 March 2022, globally observed as World TB Day. Under this initiative, over the next two to three weeks, health workers will be visiting the vulnerable population that is potentially exposed to the infection and test those found to have symptoms of the disease. The indigenously developed Truenat platform has been deployed as a frontline tool in the government’s effort towards scaling up testing in the country. The Truenat technology was endorsed by WHO in 2020 as the world’s first point-of-care rapid molecular diagnostic platform for diagnosis of TB and multidrug resistance.

Globally, Tuberculosis is known to be the biggest cause of death due to an infectious disease. India contributes to over 30% of the global TB burden. While the global target for the elimination of TB is 2030, the Government of India has set an ambitious target of achieving this milestone by 2025.

TB is highly contagious but a 100% curable disease, provided an accurate diagnosis is made early in the infectious cycle. To enable this, the WHO has recommended the replacement of the traditional smear microscopy technique with more sensitive and specific rapid molecular diagnostic tools such as Truenat as the first-line test for the diagnosis of TB. This will help detect millions of patients that go undiagnosed every year and curb the further spread of the disease.

With the ability to operate in resource-limited settings with minimal dependence on infrastructure and skilled manpower, Truenat machines are being deployed at the sub-district level in the remotest corners across the country. Over 3,500 CHCs and PHCs have been equipped with Truenat devices under the National Tuberculosis Elimination Program (NTEP) for first-line testing of TB in suspected patients. The ongoing expansion in the rollout of this technology across the healthcare chain will ensure that patients will not have to travel long distances and wait long hours to access an early and accurate diagnosis.

Truenat, designed and manufactured by Goa-based Molbio Diagnostics, is a point-of-care portable, battery-operated, IoT-enabled, Real Time PCR platform with a sample to result time of less than 1 hour. In addition to TB, the platform can test for over 30 other diseases including COVID-19, Hepatitis, HIV, Dengue, Malaria, etc.

Commenting on the initiative, Mr Sriram Natarajan, Director and CEO, Molbio Diagnostics, said, “We are honoured to partner with the Government of India in the door-to-door TB screening initiative. It is important to screen symptomatic patients and everybody else who can be carriers of the infection. Focusing on the door-to-door screening is extremely important from the elimination perspective, and with Truenat, we hope to make a difference.”

Dr Chandrasekhar Nair, Co-Founder and CTO, Molbio Diagnostics, added, “Tuberculosis is the severest health crisis in India. India contributes to over 1/4th of the global TB burden. There is a need to launch an awareness and elimination campaign around the disease with a focus on shifting the way this disease is perceived by people. We are glad that with this door-to-door screening initiative of the Indian government, we will move closer to our target of TB elimination. Over 70% of the population is still predominantly rural and faces a shortage of quality diagnostic services due to various reasons. But with Truenat, even in rural areas with resource-limited settings, diagnosis and treatment can be taken care of on the same day.”