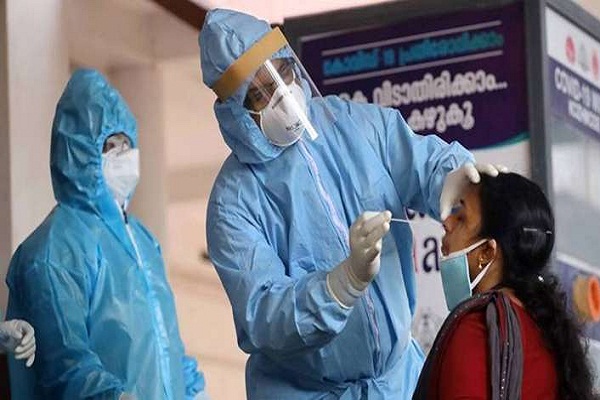 The Uttar Pradesh Government has intensified screening and has strengthened surveillance at the borders of the state increasing the preventive measures amid the cases of new ‘Omicron’ variant that have been found in other states of the country.

The state government has asked officials to further improve surveillance with a focus on airports to ensure that normalcy prevails in the state.

In another proactive move in view of rising cases of omicron variant in other countries, Chief Minister Yogi Adityanath has also instructed to intensify genome sequencing of Covid samples. In pursuance of the directives issued by the CM, the genome sequencing of samples at Lucknow’s KGMU and PGI is being carried out at a rapid pace.

The authorities have also been asked to continue the extensive cleanliness, sanitization and fogging drives to prevent the spread of other diseases.

The facilities of genome sequencing are available in BHU, CDRI, IGIB, Ram Manohar Lohia Institute and NBRI in the state. It may be noted that the study to detect new variants started only after the first wave of the pandemic at NBRI, Lucknow. A total of 45 samples were tested. In view of the possible third wave, the process of genome testing is being done at BHU, KGMU, CDRI and IGIB.

According to Dr Ved Brat Singh, Director General, Health Department, the screening, surveillance, investigation is being increased rapidly while increasing the scope of focus testing in the state. After Karnataka, due to the new variant found in Hyderabad, the most populous state is taking all the precautionary measures.