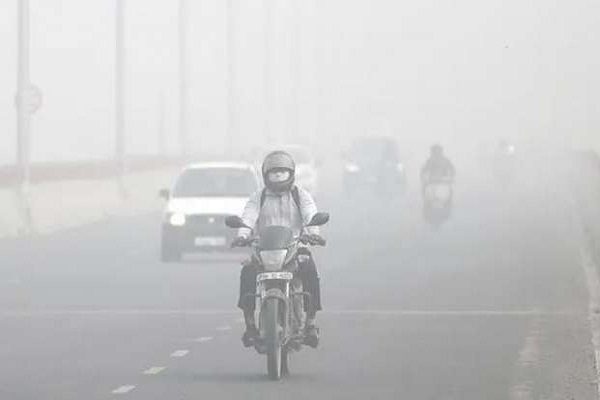 A study conducted in Spain has indicated that extended exposure to air pollution may lead to an augmented risk of developing the coronavirus disease (Covid-19) among people who have been infected with SARS-CoV-2, the virus which causes Covid-19. The results of the study were published in the journal ‘Environment Health Perspectives’ earlier this week.

While the study is based on participants from Spain, the rising air pollution across a number of north Indian cities has made it relevant even to India. Education institutions and workplaces have been shut owing to the persistent rise in air pollution. As Delhi continued to be in the ‘very poor’ air quality category for the sixth day in a row, the entry of trucks in Delhi except those carrying essential commodities has been stopped till November 21, 202.

For the above mentioned study, 9605 participants were tested by the researchers, of whom 481 (or 5 per cent) were Covid-19 positive. According to the study, the participants were measured for a series of virus-specific antibodies, with information already available to the researchers on the long-term exposure of such individuals to air pollutants such as nitrogen dioxide (NO2), small particulate matter (PM2.5), black carbon and ozone.

For a number of volunteers within the total study population, the team was able to establish an association between higher exposure to NO2/PM2.5 and the viral illness, particularly for severe cases that resulted in the patient being hospitalised and, in some cases, being sent to intensive care.

The researchers shared that the association with PM2.5 was found to be stronger among men aged 60 and above in particular, as well as people living in socio-economically deprived areas.

Manolis Kogevinas, the lead author of the study said, “These results are in line with the association between air pollution and hospitalisation described for other respiratory diseases, including pneumonia and influenza. We have provided the strongest evidence globally on the association of ambient air pollution and Covid-19.” These provide further evidence on the health benefits of reducing air pollution, and highlight the influence of environmental factors on infectious diseases, the researchers said.