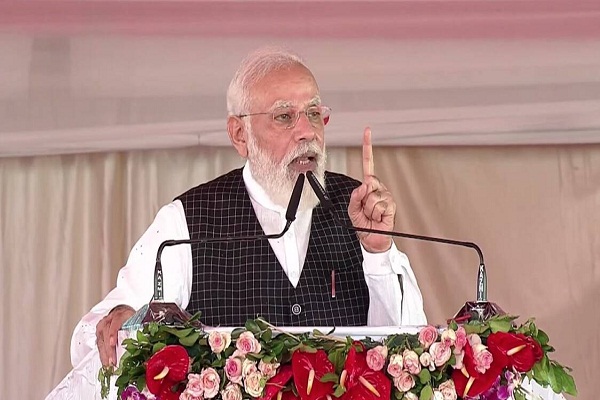 One of the largest pan-India schemes for strengthening healthcare infrastructure across the country, Pradhan Mantri Atmanirbhar Swasth Bharat Yojana (PMASBY) under the national health infrastructure scheme was launched by Prime Minister Narendra Modi in Varanasi. Nine medical colleges in Uttar Pradesh were also inaugurated by PM Modi earlier in the day.

According to the PMO, critical gaps in public health infrastructure, especially in critical care facilities and primary care in both the urban and rural areas will be filled through this initiative. Further support will be provided for 17,788 rural Health and Wellness Centres in 10 high focus states while 11,024 urban health and wellness centres will be established in all the states. The Prime Minister in his address while launching the initiative shared that the scheme will also provide employment opportunities to people.

Also, critical care services will be accessible in all the districts of the country with more than 5 lakh population, through Exclusive Critical Care Hospital Blocks, while the remaining districts will be covered through referral services. People will also be able to avail a complete range of diagnostic services in the Public Healthcare system through a network of laboratories across the country while integrated Public Health Labs will be set up in all the districts.

Further, a National Institution for One Health, 4 New National Institutes for Virology, a Regional Research Platform for WHO South East Asia Region, 9 Bio safety Level III laboratories, 5 New Regional National Centre for Disease Control will also be set up. The target is to build an IT enabled disease surveillance system by developing a network of surveillance laboratories at block, district, regional and national levels, in Metropolitan areas.

Operationalization of 17 new Public Health Units and strengthening of 33 existing Public Health Units at Points of Entry, for effectively detecting, investigating, preventing, and combating Public Health Emergencies and Disease Outbreaks will also be the focus through the newly launched initiative. It will also work towards building up trained frontline health workforce to respond to any public health emergency, a need that was strongly demonstrated during the covid-19 pandemic.