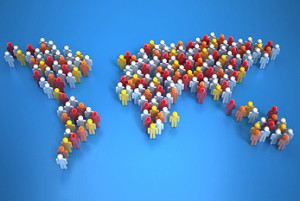 Even as Indias population efforts need to shift focus from population stabilization to ensuring reproductive rights and empowering women, an important agenda at hand is to address the special needs of women and adolescent girls during human conflicts and natural disasters.

India is one of the most disaster-prone countries in the world with significant proportion of its population living in areas vulnerable to natural hazards such as floods, cyclones, droughts, epidemic fire and earthquakes.

In every disaster, women and kids are twice more vulnerable than others. Women have unique health concerns, from hygiene to life-threatening complications related to pregnancy and childbirth. The integration of sexual and reproductive health in disaster preparedness and response is very important at all levels.

Since the healthcare system in disaster zones is quickly overwhelmed with treating serious injuries and fractures, special facilities need to be set up to offer obstetric and ante-natal care on a priority. This can help save lives of pregnant women and newborns and protect one of the most vulnerable sections of the population from catastrophe.

The widespread death and devastation in Nepal due to the earthquake was truly horrifying. The floods in Kashmir (2014) and Uttarakhand (2013), the earthquake in Gujarat Earthquake (2001) and the tsunami (2004) also took thousands of lives. The Indian Government needs to plan in advance and build capacities of staff to be able to reach out and provide relief to children and pregnant women during natural disasters, especially those in advanced stage of pregnancy or where child birth is imminent.

Lack of access to sufficient food, water and medications as well as emotional trauma can significantly increase pregnancy-related morbidity and mortality. There is a need to integrate and coordinate the efforts of civil society, multilateral agencies, local partners and others on disaster preparedness to ensure that reproductive health is blended seamlessly into emergency responses.

The efforts of Maharashtra and Odisha government are commendable as they have made their disaster management plans sensitive towards women. Other state governments need to follow suit.

On this World Population Day, we at PFI call on all stakeholders to redouble their efforts to protect the health and rights of women and children in times of conflict and disasters, said Poonam Muttreja, utive Director, Population Foundation of India.