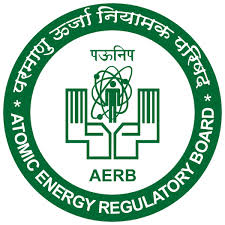 A large number of diagnostic X-ray facilities in the country have not registered themselves with Atomic Energy Regulatory Board (AERB), which is facing difficulties in regulatory control over such units.

“As informed by the AERB, there are a large number of medical diagnostic X-ray facilities in the country which have not yet applied to AERB for obtaining the necessary registration.
“The AERB has been facing difficulties in regulatory control of these on account of the large number of units spread across the country and the accelerated growth in their number,” Health Minister J P Nadda said in a written reply.
He, however, maintained that radiation hazards involved in such facilities were very low to cause any unacceptable health risks as such units do not emit any radiation unless they are energised and no emergency situations are envisaged at such facilities from the radiological safety stand point.

At present, he said, DRS was functional in Kerala, Mizoram, Chhattisgarh and Tripura.

The Union Health Minister said that in regulation of these facilities, AERB’s approach emphasises on ensuring safety built into the design of the equipment apart from operational safety.

“The regulatory control is exercised on the suppliers or manufacturers to ensure maintenance of quality assurance during manufacturing and sale of such units to give satisfactory performance during use at the place of end users. This is in line with the approach followed across the world,” Nadda said.

He said that AERB has taken steps for enhancing the regulatory coverage for diagnostic x-ray facilities and there has been an “encouraging” response.