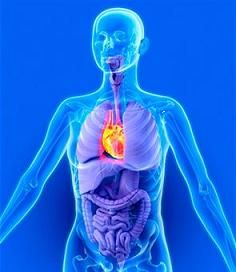 According to a new research, presented at the Heart Failure Congress 2014 in Athens, Greece, negative iron balance predicts survival in patients with acute heart failure.

Previous studies have shown that patients at high cardiovascular risk “ for example diabetics with coronary artery disease or patients with stable chronic heart failure “ may develop iron deficiency which leads to recurrent hospitalisations and increased mortality, she added.

Prof Piotr Ponikowski said, We have data showing that iron may be important for clinical outcomes in chronic heart failure and correction of iron deficiency in these patients is beneficial. This is the first study of iron status in acute heart failure.

Iron deficiency has traditionally been measured using serum ferritin to track iron stores and transferrin saturation (TSAT) to assess iron utilisation in the cell. These measures cannot be reliably interpreted in acute clinical settings because they are influenced by inflammation and oxidative stress.

The researchers therefore proposed a new, more sensitive, measure for acute heart failure which can best characterise iron deficiency in these settings. This refers to both depleted iron stores, measured by circulating hepcidin, and unmet cellular iron needs, measured by soluble  transferrin receptor. The receptor is expressed on all cells and enables iron to enter the cell. When there is not enough iron in the cell, the receptor is over expressed and shed into the circulation. Concomitance of low hepcidin and high soluble transferrin receptor reflects the most severe form of iron deficiency (lack of iron in the body accompanied by iron need), which the investigators called negative iron balance (NIB).

This prospective, observational study included 165 patients hospitalized for acute heart failure. The researchers assessed the prence of NIB and its impact on 12 month mortality.

Prof Jankowska further said, Our study shows that deranged iron status is common in acute heart failure. Mortality in the patients with NIB was high during the 12 month follow up, whereas all of the patients with no iron abnormalities survived to one year.

NIB led to poorer survival in acute heart failure patients regardless of whether they were anaemic or not.

Both concluded, Iron supplementation may reverse NIB and improve survival in acute heart failure patients but this needs to be tested in a randomised clinical trial. We hope to initiate such trial soon.