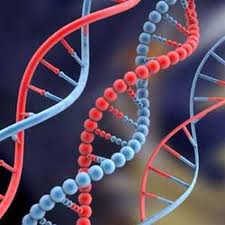 A new, streamlined approach to genetic engineering drastically reduces the time and effort needed to insert new genes into bacteria, the workhorses of biotechnology, scientists are reporting. Published in the journal ACS Synthetic Biology, the method paves the way for more rapid development of designer microbes for drug development, environmental cleanup and other activities.

Keith Shearwin and colleagues explain that placing, or integrating, a piece of the genetic material DNA into a bacterium’s genome is critical for making designer bacteria. That DNA can give microbes the ability to churn out ingredients for medication, for instance, or substances that break down oil after a big spill. But current genetic engineering methods are time-consuming and involve many steps. The approaches have other limitations as well. To address those drawbacks, the researchers sought to develop a new, one-step genetic engineering technology, which they named “clonetegration,” a reference to clones or copies of genes or DNA fragments.

They describe development and successful laboratory tests of clonetegration in E. coli and Salmonella typhimurium bacteria, which are used in biotechnology. The method is quick, efficient and easy to do and can integrate multiple genes at the same time. They predict that clonetegration “will become a valuable technique facilitating genetic engineering with difficult-to-clone sequences and rapid construction of synthetic biological systems.”