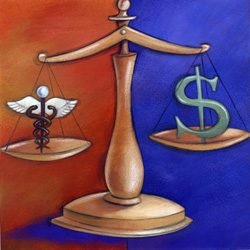 With the state government planning to dole out subsidies for private players to invest in healthcare and medical tourism, the sector is expected to grab attraction of the investors during the forthcoming Global Investors Meet (GIM) scheduled in October. The Indore Development Authority (IDA) is also focusing on the super corridor area where medical hub is proposed. and where authorities are hoping will persuade potential investors to reap benefits

“State government’s decision to pave way for private investment in health sector will definitely attract investors to set up their businesses and will lead to expansion in health services,’ said KK Maheshwari, chief utive engineer, IDA.

During the last year’s GIM, only a few super-speciality hospital groups had shown interest in the proposed medical hub. But, with the new health policy, big players like Wockhardt, Max, Apollo and Fortis are now eyeing to set up hospitals in the city. They have sought details about the prence of diseases in the region and even conducted a brief survey. Some have even given their proposal in writing, said a source.

The government also aims to provide loan subsidy for establishment of micro, small and medium scale manufacturing industries. However, pharma players are skecptical that the policy will benefit small scale industries. Himanshu Shah, one of the members of pharmaceutical association, said; “The policy will definitely encourage organised pharma industries to set up their units but there are little chances that it will help small scale industries until and unless the state government helps them with finance, marketing and promotion.”