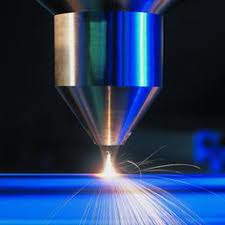 University of Tennessee Space Institute researchers have harnessed the power of lasers to find, map and non-invasively destruct cancerous tumours.

They have developed a technology that goes on a “seek and destroy” mission for cancerous tumours.

The technology uses a femtosecond laser, which means it pulses at speeds of one-quadrillionth of a second. The high speed enables the laser to focus in on a specific region to find and acutely map a tumor.

“Using ultra-short light pulses gives us the ability to focus in a well confined region and the ability for intense radiation. This allows us to come in and leave a specific area quickly so we can diagnose and attack tumorous cells fast,” said Parigger.

Once the cancerous area is precisely targeted, only the intensity of the laser radiation needs to be turned up in order to irradiate, or burn off, the tumour. This method has the potential to be more exact than current methods and to be done as an outpatient procedure replacing intensive surgery.

“Because the femtosecond laser radiation can be precisely focused both spatially and temporally, one can avoid heating up too many other things that you do not want heated,” said Parigger.

“Using longer laser-light pulses is similar to leaving a light bulb on, which gets warm and can damage healthy tissue,” he noted.

The technology can be especially helpful to brain cancer victims. The imaging mechanism can non-invasively permeate thin layers of bone, such as the skull, and can help define a targeted treatment strategy for persistent cancer.

The method also overcomes limitations posed by current treatments in which radiation may damage portions of healthy brain tissue. It also may overcome limitations of photodynamic therapy that has restricted acceptance and surgery that may not be an option if not all carcinogenic tissue can be removed.

“If you have a cancerous area such as in the brain, the notion is if you see something and take care of it, it won’t spread. This treatment overcomes difficulties in treating brain cancer and tumours. And it has the promise of application to other areas, as well,” said Parigger.

The researchers are working to bring their technology to market with the University of Tennessee Research Foundation, a non profit corporation responsible for commercializing the university’s technologies and supporting UT research.