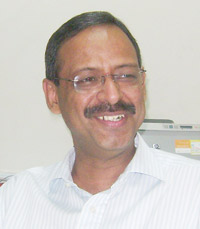 The brainchild of Anil Swarup, Director General for Labour Welfare, Ministry of Labour and Employment, Government of India has transformed the life of millions of people in the unorganised sector, through the Rashtriya Swasthya Bima Yojana (RSBY).

In an interaction with Dhirendra Pratap Singh, he shared his perspective on this health insurance scheme and threw light upon the role of IT in streamlining its processes. Excerpts:

What was your objective behind implementing IT in the RSBY scheme?

RSBY started its operation on April 1, 2008 and has now been operational for almost three years. While we were conceptualising the scheme, we were cautious of the basic characteristics of the target beneficiaries, which are the below poverty line workers. We were aware that these persons were primarily by definition poor. We wanted a scheme, which is cashless because a poor man can not raise resources to meet his requirements and claim in the insurance company. Another challenge was that majority of the beneficiary population was illiterate. Therefore, we wanted to evolve a paperless health insurance scheme and that’s where technology became handy to us.

How have biometrics and smart cards helped the scheme?

Since most of the workers migrate from one place to another. It was a challenge for us to enable them avail these facility anywhere in the country and again in this context technology became handy for us.

I am not very sure ten years ago this could happen; technology was not mature enough to take care of these problems. We are fortunate that use of smart cards became the basis of the scheme. It helps the identification of beneficiaries through biometric system. Large number of schemes in India have not been successful as beneficiaries were not clearly identified as there was no foolproof method of identification. Here biometrics has been immensely beneficial in the identification process.

Do you think that biometric identification is more workable than real time connectivity system?

In biometric identification, the data is stored on a chip. When the person goes to hospital the data is verified with the data on chip and it enables the offline system. Smart card also helps to ascertain whether there is sufficient amount available in the card.

Almost every state of the country is now offering RSBY scheme to its BPL population. As on date 23 million smart cards are active in the country and more than 1.5 million people have already availed treatment at various hospitals. The scheme has been chosen by the World Bank as one of the top 18 social security schemes. Countries like Bangladesh and Maldives have also taken decision on replicating a similar scheme in their countries.

The current union budget proposes to expand the reach of this scheme to include various unorganised sectors. Please throw light on this decision.

Now, the scheme is by and large stabilised. It started with BPL and is now going beyond BPL. It is going to extend to the street vendors. In the current Union budget finance minister has announced the extension to MGNREGA beneficiaries and beedi workers, also. Railway Ministry is going to extend this scheme to railway portals and postal departments to extend it to their postmen. The latest incident of application of this scheme is in the German embassy. They are going to implement RSBY for all their casual workers working for them.

The scheme has created a demand for healthcare in rural areas and hence, the supply comes. So it’s a demand based service that we are providing

In India corruption and fraud has always been a challenge in the implementation of various government schemes. How you have dealt with such challenges?

Technology plays very important role in the overall implementation of RSBY. To control fraudulent activities the data generated everyday is analysed. We study the trends on daily basis to check what is happening where and in this way we can verify if something goes wrong somewhere. We can access data, analyse data and then take appropriate action.

What are the major benefits of this scheme?

Technology has helped us to look into various disease trends and profiles. We can have a disease profiling done and find out the occurrence and prence of various diseases. The scheme has very positive fall out also. The first advantage is the increase in number of women availing healthcare facilities through this scheme. There are 11 districts where number of women beneficiaries has outnumbered men. Poor women didn’t have money to go the hospital, earlier, but through RSBY they have the facility for free hospitalisation. Another major development is setting up of private sector hospitals in remote areas. Having an insurance scheme without any healthcare providers doesn’t make sense as people can not avail the facilities, anywhere. The scheme has created a demand for healthcare in rural areas and hence, the supply comes. So it’s a demand based service that we are providing.

Besides, the government hospitals are improving their services because, under the scheme, the government doctors get 25 percent of the total cost of the procedure. Now these doctors are competing with private sector doctors to provide benefits to the poor. This trend has been clearly demonstrated in states like Kerala. Facilities of hospitals are improving. So there are number of positive changes that are emerging in this scheme.

Do you think RSBY will be able to achieve the goal of inclusive growth in India?

It has achieved the goal of inclusive growth. It is addressing poorest of the poor and the out of pocket expenses of the poor have come down to a large extent. In case of RSBY every penny is electronically accounted for. Perhaps, this is first ever business model for a social sector scheme in India. Fortunes are lying at the bottom of the pyramid. The scheme has a business sense for everyone involved and by doing this business, they are serving the poors.  Such business models are very sustainable. It is a very unique that it is happening in India and I think this is quite a revolution.

Could you please tell us about your technology providers?

We don’t have a single technology provider. One is the security software, which is entirely prepared by the NIC as the security software could not be given to anybody else. Another is data software, which is developed by World Bank. Then there are host of process software, out of which the enrollment software has been prepared in-house and the other software have been developed by different agencies.

When you initially started scheme, what was your motive behind using technology in such a huge way?

Everything was not preplanned. In term of poverty and illiteracy, we learnt that technology was the only solution as we wanted to make the scheme cashless and paperless. We have committed mistakes and corrected ourselves and have evolved after a period of time. It has been quite a journey. We are still evolving on the technology front.  We are planning for a national database system called CIES (Comprehensive Information Exchange System). We plan to link all hospitals through the CIES

What were the challenges in technology implementation in RSBY?

Smart card technology was not stabilised anywhere in country. Secondly, health insurance was itself a challenge because health insurance was collapsing worldwide. I think the biggest challenge was our internal attitudes to believe that it can happen.  Fortunately, we have an outstanding team, which is full of energy and is always looking towards solutions.

Also, we have not been able to reach out the beneficiaries as much as we wanted. We are glad that a lot of agencies like UNDP are helping us. However, a lot of things still need to happen. For instance, we are not so happy with the quality of service. In future, we are going to evolve a methodology to prevent collusive frauds and misuse of cards.