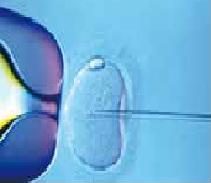 Scientists have developed the first genetic blood test for predicting the chances that in vitro fertilization (IVF) will lead to a successful pregnancy. The test is based on the finding that different subtypes of the FMR1 gene in potential mothers are associated with significantly different chances of conceiving with IVF. This is the first evidence that a specific gene appears to be directly associated with IVF outcomes. The study result says that the FMR1 gene, some forms of which are known to predict premature ovarian failure, could be used to predict at what age a woman’s fertility is going to start decreasing,” he said.