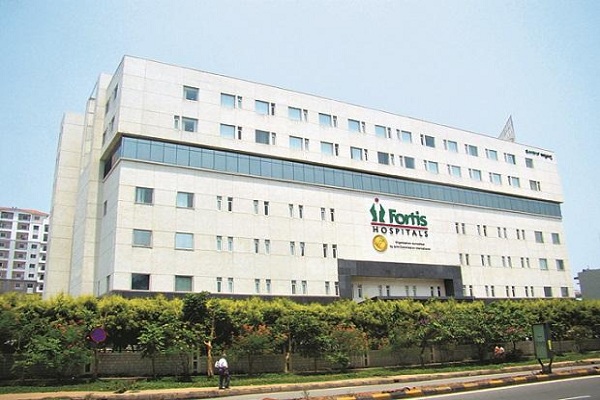 According to Fortis, this is the first time that this technique has been used in India to treat a patient with blocked arteries. In the technique, the patient did not have to undergo any surgery or stenting, which is usually happened in these cases.

It was an uncovering step in India recently taken by Fortis Healthcare Ltd, when a peripheral atherectomy operation was performed by Dr Atul Mathur using a two special catheters technique viz. Cather (outback) and Atherectomy Catheter (Silverhawk). According to Fortis, this is the first time that this technique has been used in India to treat a patient with blocked arteries. In the technique, the patient did not have to undergo any surgery or stenting, which is usually happened in these cases.

Atherectomy, which termed as a non-surgical procedure to open blocked coronary arteries or vein grafts by using a device on the end of a catheter to cut or shave away atherosclerotic plaque, has been in much regular practice in the west but yet to catch up in India.

Atherectomy is gaining much sought after trust from endovascular specialists as a therapeutic treatment in the peripheral arteries. According to the experts, atherectomy has several advantages that make it uniquely suited for the peripheral circulation. In particular, traditional percutaneous coronary treatments such as angioplasty and stenting are not as successful in the process due to several in-process complications. Restenosis has been a major problem for angioplasty and stenting alone. The SilverHawk Atherectomy device has favourable applications in niche patients, support studies.
Research says that the use of atherectomy is effective in the peripheral vessels in patients who meet the  criteria of symptomatic peripheral vascular disease (limb-threatening ischemia or functionally limiting claudication) and cannot be treated by standard angioplasty techniques alone, i.e., balloon angioplasty would be ineffective or is contraindicated and have an eccentric lesion that does not dilate with conventional balloon angioplasty, or vein bypass graft stenosis.

Anjali Sharma (name changed), a 61 years old patient suffering from Hypertensiveness, Diabetics, Hypothyroid, had a sudden onset of weakness and pain in her right leg. The patient had already undergone a bypass surgery in 1999 and therefore, had a weak heart with low pumping capacity (E.F. 25%) and had an irregular heart rhythm. Over and above pulses in her right leg were also absent. Therefore, surgery was declared as a risk factor for the patient. An urgent Doppler test of the right leg showed a clot in the blood vessel supplying blood to the right leg. The patient was given medication to dissolve the clot (streptokinase) for 24 hours and a repeat Doppler test was conducted, which revealed restoration of flow on the right side.

However, an Angiography of the leg confirmed 100% blockage of the main blood vessel supplying blood to the right leg. The patient was then taken for angioplasty to the right leg. But during the operation the wire was repeatedly going outside the true channel into the wall of the vessel. Then a novel Cather (Outback) was used to reinsert the wire beyond the blockage into the true channel. Once the wire was across the blockage, another specialised Atherectomy Catheter (Silverhawk) was used to cut out chunks of cholesterol and clots from the vessel to create a clear passage. These two special catheters were used for the first time in the country.

Although this operation was performed for the first time in India, Silver Hawk device around the world has already revolutionised the treatment of patients with blocked arteries in the legs, especially patients with poor heart function, who are not advised for further surgery. With the use of this device patients with blocked arteries in the legs can have a better quality of life by angioplasty alone, without undergoing the stress of surgery. If the operation is done with the help of  Cather (outback) and Atherectomy Catheter (Silverhawk), there is certainly no need of stent placements to clear the clots in the vessels.

Having been the first to perform the operation in the country, Fortis is now in the process in conducting workshops to train the medical staffs across Fortis Hospitals and some other centres of India. According to Dr Atul Mathur, being a non-surgical operation, the technology in the process enhances success rates and increases patient comfort avoiding critical stages, which could have been faced in a normal surgery. Of late, Fortis Healthcare network has an over 12000 bed capacity across 68 hospitals in seven countries and has expanded its Indian operations to 48 properties in 16 cities across 12 states and expanding fast with newer practices to enhance patient comfort and hinder less workflow in operations. With the 2010 acquisition of a strategic stake in Parkway Holdings Limited, the healthcare major has now become Asia’s largest private healthcare network, now with a presence in Brunei, China, India, Malaysia, Mauritius, Singapore and the UAE, confirms Fortis. The Fortis network has a large number of international accreditations, including eight JCI (Joint Commission International) and six NABH (National Accreditation Board for Hospitals) certifications. The network’s capability covers multi-speciality hospitals and super-speciality centres that provide tertiary and quaternary healthcare to patients in the major medical specialities.