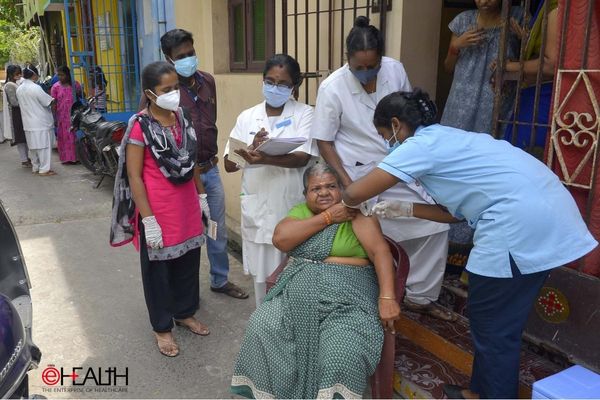 The Uttar Pradesh government has been taking special initiatives to work for the betterment of health services and take timely measures to prevent seasonal diseases. In addition to the special communicable disease control campaign launched across the state to curb the spread of water-borne and vector-borne diseases, the Uttar Pradesh Government’s door-to-door Dastak campaign against various infectious diseases is set to begin on July 16.

Under the micro-action plan prepared by the Yogi Adityanath government to tackle health challenges and various seasonal vagaries during the monsoon season, the special communicable disease control drive will run from July 1 to 31 and the Dastak Abhiyan will be organised from July 16 to 31, for which elaborate preparations have already been made.

As a part of the statewide, month-long special communicable disease control campaign that has already been launched, efforts such as rigorous fogging exercises, cleanliness, and sanitisation drives are being conducted. In addition, people are also being made aware of ways to prevent mosquito breeding and pest control measures.

Under the Dastak Campaign, medical teams comprising ASHA workers will go door-to-door in every district and will identify patients showing symptoms and influenza-like-illness as well as patients suffering from various infectious diseases to enable their early diagnosis followed by proper treatment.

Along with this, the health teams will also identify TB patients and will track malnutrition in children.

Emphasisng the importance of sanitisation and cleanliness drives in preventing the spread of various diseases such as encephalitis and Covid-19, Chief Minister Yogi Adityanath has directed the officials to ensure regular sanitation and fogging drives as well as proper solid waste management for the prevention of vector-borne diseases like Dengue, Malaria, Chikungunya, and others. In addition, the supply of pure drinking water and distribution of chlorine tablets in the slum areas is also being done.