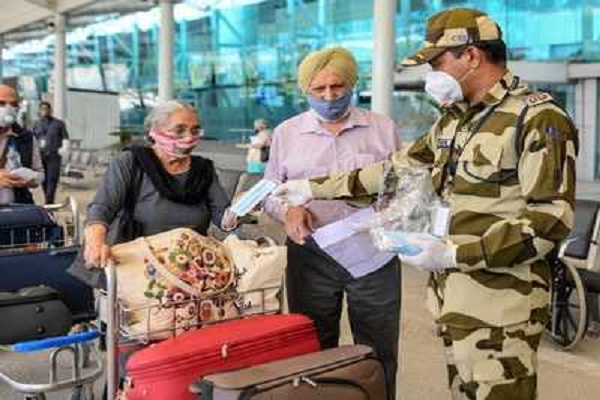 The Uttar Pradesh Government, as per the guidelines of the Centre, has intensified screening and has strengthened surveillance across the state to keep a check on the new Covid 19 variant, Omicron.

Upgrading its guard against the new variant of SARS CoV2 — B.1.1.529, which has been classified as a ‘Variant of Concern’ by the WHO, the state government has taken prompt action by putting the health teams in all the 75 districts on alert.

While there is no situation at present which warrants panic or worry, the government has put over 73,000 ‘surveillance committees’ on alert mode to ensure thorough screening and timely identification, isolation and treatment of people showing mild symptoms to remove any chance of increased transmission of the virus or any water-borne, vector-borne diseases.

The Chief Minister has already asked officials to make special efforts to improve surveillance with a focus on airports, railway stations and bus stands to ensure that normalcy prevails in the state.

The authorities have also been asked to continue the extensive cleanliness, sanitization and fogging drives to prevent the spread of other diseases.

With dedicated efforts of the Uttar Pradesh government towards making the state ‘self-reliant’ in oxygen generation, nearly 530 oxygen-producing plants in the state have been operationalized.

Ensuring adequate availability of medical oxygen, the state government on Tuesday announced that 524 oxygen plants have already been set up in Uttar Pradesh while work to get the other plants functional is going on a war-footing.

In a proactive move to equip the state with presence of medical oxygen, a total of 554 oxygen plants were sanctioned during the second Covid-19 wave, which was at its peak in April and May throughout India.

Real-time monitoring of the installation work has been planned, with the district administrations being asked to continuously monitor the progress of installation work of these plants and ensure the availability of raw material so that it can be completed on time.