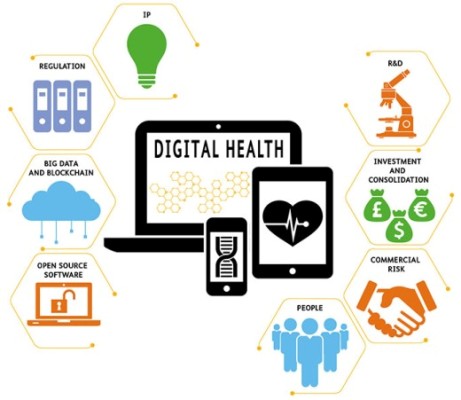 This evaluates with $1.4 billion across 142 deals recorded during the sequential fourth quarter of 2018, according to a report by Mercom Capital Group.

The total corporate funding for digital health companies – including VC, debt and public market financing amounted to $2.2 billion in Q1, 2019, the report said.

“Funding levels were down compared to last year in digital health, in the absence of larger deals. M&A activity was also flat. However, digital health public equities experienced a turnaround in Q1 with 66 per cent of them beating the S&P 500, compared with Q4 2018 when 63 per cent of the equities we tracked performed below the S&P 500, said Raj Prabhu, CEO of Mercom Capital Group.

There were 48 early-round deals in the first quarter. The top VC deals in Q1 included a $170-million investment raised by Doctolib, followed by Health Catalyst ($100 million), Calm ($88 million) and Taimei Medical Technology ($80 million).

In the M&A activity, a total of 371 investors participated in funding deals in Q1 compared with 412 investors in the same quarter a year ago. Digital health VC funding deals were distributed across 17 countries in Q1 2019.

The top disclosed M&A transactions included the $195 million acquisition of Voalte by Hill-Rom Holdings, followed by BioTelemetry’s acquisition of Geneva Healthcare for $65 million.