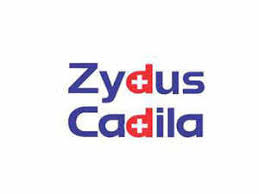 Zydus Cadila, a Pharmaceutical firm, has received tentative approval from the US health regulator to market Sitagliptin tablets in the American market.

The United States food and drug administration (USFDA) has given this approval in the strengths of 25 mg, 50 mg, and 100 mg, said Zydus Cadila in BSE (Bombay stock exchange) filing.

The drug will be produced at the groups formulation facility at SEZ (Special economic zone), Ahmedabad.

So far, the group has more than 217 approvals and filed more than 330 abbreviated new drug applications (ANDAs).

Earlier this month, Zydus Cadila also received final approval from the US health regulator to market Acyclovir injection in the US market, used to treat infections caused by herpes viruses.

This approval to market Acyclovir sodium injection was in the strengths of 500 mg/10 mL and 1,000 mg/20ml single-dose vials.