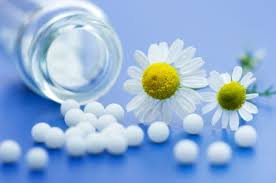 Emphasising on the importance of research in homoeopathy, the Union Minister of State for AYUSH (Independent Charge), Shripad Yesso Naik said the government is collaborating with reputed international and national institutes for undertaking valuable researches in this field.

Addressing a three-day International Homoeopathic Conference organised by Karnataka Qualified Homoeopathic Doctors Association (KQHDA) in Bengaluru, the minister said, The Government of India is doing everything possible to promote research in various departments of homoeopathy and encourages new researchers to make India the leader in research arena of homoeopathy.

The Ministry of AYUSH has established Central Council for Research in Homeopathy, a pioneer research organisation for carrying out high quality research that includes clinical research, drug standardisation and basic research. The council is spreading its wings to collaborate with reputed international and national institutes for undertaking valuable researches in homoeopathy such as exploration of homoeopathy as most modern nano-medicine; defining its role in emerging epidemics, said Naik.

The minister further added that the council is inculcating research aptitude in students through specially designed schemes of scholarship in addition to capacity building of homoeopathic colleges.