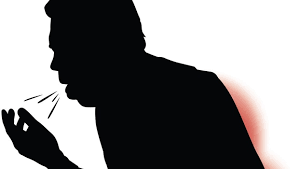 While revised estimates, based on increased case-reports and enhanced surveillance, show that TB has become single largest cause of death in the region. As always, WHO has been working to ensure the attainable level of health in terms of preventing people from this disease, writes Dr Poonam Khetrapal Singh.

As TB remains a serious problem across the WHO South-East Asia region, it requires serious attention of government, donors, and the civil society leaders so that the disease can be effectively addressed.

As outlined in World Health Organisations  (WHO) new global report on TB, the number of countries in the South- East Asia region are among the worlds highest TB burden countries.

While revised estimates, based on increased case-reports and enhanced surveillance, show the TB caseload is higher than previously projected, TB has become the single largest cause of death in the region. It remains responsible for incalculable suffering, premature mortality, impoverishment and foregone development.

To be on track to achieve the Sustainable Development Goals (SDGs) 2030 target and Global End TB Strategy targets by 2035, which includes reducing TB deaths by 95% and cutting new cases by 90%, countries across the region must significantly scale up key interventions made in recent years.

Though countries have been making efforts to end TB and the number of TB deaths TB incidence rate continue to decline, still considering the existing situation it feels that region would not be able to achieve the SDG targets.

A newer and bolder approach is needed to bend the curve faster and sharper to achieve the global targets.

It means intensifying measures to ensure early diagnosis and treatment, such as active case-finding and enhancing access to cutting-edge diagnostic tools. Adopting newer approaches of case diagnosis, community based treatment and treatment of latent infection.

It also means integrating TB programmes with existing health systems, thereby amplifying the effect these interventions have. Besides it means ensuring these and other interventions meet the needs of vulnerable and marginalised population which continues to disproportionately suffer from the disease.

To make this happen, funds must be allocated accordingly while political commitment must be fortified.

Both must occur at the national and international levels. Moreover, governments should provide national TB programmes the operating capacity to be agile and responsive in their efforts, while TB control leaders should adapt and apply global TB strategies with care and diligence.

The battle to achieve a Region free of TB with zero death, disease and suffering is necessary and its certainly possible.