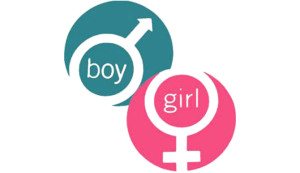 The National Steering Committee on the PCPNDT Act, comprising experts from the major national medical societies, came together in Bangalore to deliberate extensively on the plight of the girl child and steps to improve the altered sex ratio in India.

The PCPNDT Act came into being in 1994 with the purpose of improving the altered sex ratio in India. It was further amended in 2003 to regulate the technology used in sex selection. The committee expressed grave concern over the declining sex ratio despite the existence of the PCPNDT Act for over twenty years, and felt that a review of the Act was in order.

Voicing collective opinion, Dr. Alexander Thomas, the utive Director of AHPI and co-chair of the committee, said, The purpose for which this Act was promulgated has not been achieved. The Act banned pre-natal sex determination. Its intent was to curb the occurrence of sex selection and female feticide by restricting the use of ultrasound technology. But the sex ratio in our country has not changed. Instead, in its current form, the implementation of the PCPNDT Act has deprived the poor and needy population (especially women and children) of life-saving and essential ultrasonography. It is well-known and medically accepted that as a non-invasive, cost-effective and accurate diagnostic tool; this modality can help significantly reduce maternal and infant mortality.

Communicating the sex of a fetus can be done discreetly, even silently, and prosecuting offenders is therefore practically impossible, noted by a joint statement released by the by OHCHR, UNFPA, UNICEF, UN Women and WHO.  The committee noted that doctors who perform these crimes are rarely caught, and that the Act was being used to punish doctors for minor offences such as clerical errors in the filling of forms, thereby resulting in doctors being prosecuted and ultrasound machines being seized and sealed. The committee also took cognizance of the fact that doctors and other medical professionals were being put to extreme hardship while performing routine and essential scans to the extent of denying the facility of life-saving ultrasonography to patients. Due to this, many qualified doctors are opting not to do PNDT scans, thus creating a shortage of experts trained in ultrasonography. The control of ultrasonography and harassment of the medical professionals through the PCPNDT Act has not resulted in the improvement of the falling sex ratio.

The committee agreed that it was time to consider additional methods to improve the sex ratio including social change. The proposed amendments will help make ultrasound more easily available to those in need and would make the law less rigid towards the medical fraternity. The National Steering Committee will take these proposed amendments to Government (Ministry of Health and Family Welfare and Ministry of Law and Justice) over the next few weeks.