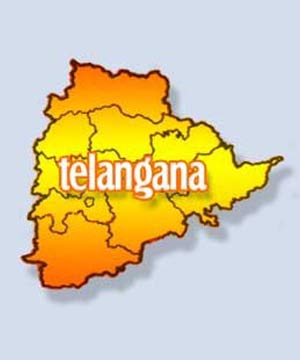 Telangana Government is keen to double budget allocations for healthcare from the present less than 2 per cent, state Minister for IT and Panchayat Raj K Taraka Rama Rao said.

“I would discuss with the state Health Minister to ensure that there are better budget allocations for health care which is now less than 2 per cent of the budget allocation. Our government would set a target of at least doubling the present allocation to start with,” he said.

The minister was speaking after inaugurating a three-day ‘Indo-Global Health care Summit and Expo’ on innovations and advances here.

“Certain state governments allocate more than 10 per cent of their budget (for health care). We would ensure sufficient budget allocations are made to government hospitals,” Rao said.

Development of public health sector is crucial as nearly 85 per cent of the state’s population depends on it, he said.

“My government is determined to revamp the public health sector in Telangana and we are aware the task is not easy. The government, however needs all the support and cooperation from stakeholders of healthcare,” Rao said.

“We realise that government has to be a facilitator for moving forward as far as all healthcare initiatives are concerned. Going forward the government will not only encourage more and more investments in private sector but we are equally keen to ensure that our public health care system is also beefed up so that the rural and the downtrodden get the best health care facilities,” Rao said.

As announced earlier, a super speciality hospital will be set up in each district of the state which would be on the lines of Nizam’s Institute of Medical Sciences. Further, PHCs and Area Hospitals would be set up in every mandal and taluqa, he said.

The country’s health care industry is recording a phenomenal 12 per cent growth in the last 4 years, Indus Foundation chairman C D Arha said at the event, adding that “it is expected to grow from a USD 70 billion now to USD 145 billion in 2017 and to USD 280 billion industry by 2020.”