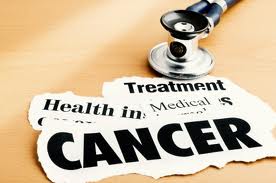 Scientists have developed a new technique to scan young cancer patients bodies for tumours without exposing them to radiation. The technique could reduce patients risk of developing secondary cancers later in life, researchers said. The new method developed by researchers from the Stanford University Medical Center and Lucile Packard Childrens Hospital Stanford is a modification of magnetic resonance imaging that employs a novel contrast agent to find tumours.

Researchers found that the MRI-based method is as effective as cancer-detection scans that use ionising radiation “ specifically, positron emission tomography-computed tomography. Although whole-body PET-CT technology provides essential information for detecting cancer, it has one big drawback: a single scan exposes the patient to as much radiation as 700 chest X-rays.

This exposure is especially risky for children and teenagers, who are more vulnerable to radiation than adults because they are still growing. Children are also more likely to live long enough to develop a second cancer.

The research team compared the modified MRI technique to standard PET-CTs in 22 patients ages 8 to 33 who had lymphoma or sarcoma. These cancers originate in the immune system and the bones, respectively. Both cancers can spread throughout tissues such as bone marrow, lymph nodes, liver and spleen. In the past, several hurdles prevented physicians from using whole-body MRIs to look for tumours. The scans take up to two hours. A whole-body PET-CT takes only a few minutes.

More importantly, in many organs, MRI does not distinguish healthy from cancerous tissue. And existing contrast agents “ chemicals injected into the body to make tumours visible “ leave the tissues too quickly to be used in a lengthy, whole-body MRI.

To find tumours via MRI, the Stanford team used a new contrast agent consisting of nanoparticles of iron. Injections of these iron nanoparticles are approved by the US Food and Drug Administration to treat anemia, and the researchers obtained FDA permission for the experimental use.

The nanoparticles are retained in the body for many days. On MRIs, they cause blood vessels to appear brighter, providing anatomic landmarks. The nanoparticles also cause healthy bone marrow, lymph nodes, liver and spleen to appear darker, making tumours stand out. The PET-CTs detected 163 of 174 total tumours in the 22 patients; the MRIs found 158 of 174 tumours, researchers said. The study was published in The Lancet Oncology.