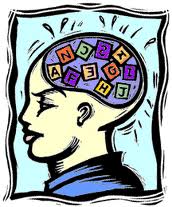 Dyslexia, a learning disability can result when the medial geniculate nucleus in the thalamus of the brain does not process speech sounds correctly, a new study has claimed.

Researchers from Max Planck Institute for Human Cognitive and Brain Sciences in Leipzig found that many difficulties associated with dyslexia can potentially be traced back to a malfunction of the medial geniculate nucleus in the thalamus.

The thalamus is a large, dual lobed mass of grey matter buried under the cerebral cortex. It is involved in sensory perception and regulation of motor functions.

There are three proposed cognitive subtypes of dyslexia: auditory, visual and attentional.

People who suffer from dyslexia have difficulties with identifying speech sounds in spoken language. For example, while most children are able to recognise whether two words rhyme even before they go to school, dyslexic children often cannot do this until late primary school age.

The research found that dyslexic adults have a malfunction in a structure that transfers auditory information from the ear to the cortex, the medial geniculate body in the auditory thalamus does not process speech sounds correctly.

This malfunction at a low level of language processing could percolate through the entire system. This explains why the symptoms of dyslexia are so varied, Begona Diaz from the Institute said.

The researchers conducted two experiments in which several volunteers had to perform various speech comprehension tasks.

When affected individuals performed tasks that required the recognition of speech sounds, as compared to recognise the voices that pronounced the same speech, magnetic resonance tomography (MRT) recordings showed abnormal responses in the area around the medial geniculate body.

In contrast, no differences were apparent between controls and dyslexic participants if the tasks involved only listening to the speech sounds without having to perform a specific task.

The problem, therefore, has nothing to do with sensory processing itself, but with the processing involved in speech recognition, Diaz said.