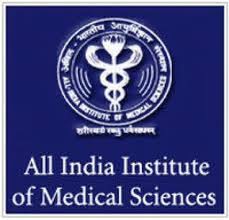 The All-India Institute of Medical Sciences (AIIMS) has opened its department of pulmonary medicine and sleep disorders. The ward was inaugurated by AIIMS director R.C Deka.

Conforming to the standards at AIIMS, the new department not only aims at high-quality patient care but also to teach its medical students through the new facility made available.

The need for a full-time pulmonary department came up because of a sharp increase in non-communicable respiratory diseases, which require separate medical attention. According to the data on fatalities in India, the deaths due to respiratory disease rank second after fatalities due to accidents. Also, it is the most common cause of morbidity. More and more people are taking up smoking, which is one of the main reasons behind the rise in respiratory diseases.

Also, excessive snoring can be one of the disorders among other sleep disorders like Sleep Apnea and Hypersomnia.

To begin with, the department has a nine-bed ward, a 10-bed ICU and three sleeping labs. The study also deals with interventional pulmonology.