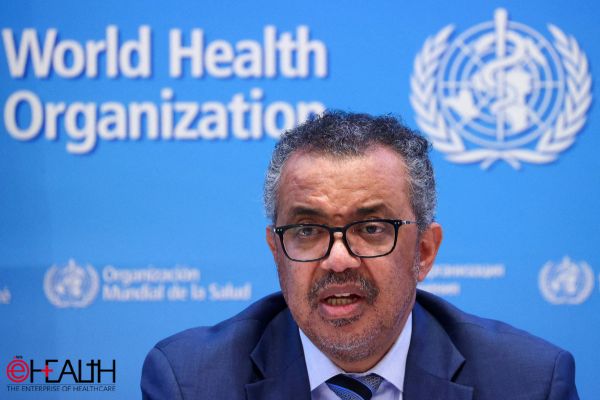 With monkeypox outbreak spreading in over 70 countries, it now qualifies as a global emergency, according to the World Health Organization (WHO).

The WHO has declared monkeypox as a ‘public health emergency of international concern’ (PHEIC) which is just one step below that of a ‘pandemic.’

As per WHO, the PHEIC constitutes “…an extraordinary event, which constitutes a public health risk to other States through the international spread, and which potentially requires a coordinated international response..”

WHO had declared COVID-19 as a PHEIC on January 30, 2020, when about 7,500 cases of novel coronavirus were reported. While the global healthcare agency declared it a ‘pandemic’ on March 11 that year.

The WHO decision declaring monkeypox as a global health emergency followed a seven-hour long meeting of the International Health Regulations Emergency Committee held on Thursday, July 21 to discuss the outbreak of the disease in various countries. The seriousness of a public health crisis is decided upon by this very Committee of the WHO.

Though the WHO Committee did not reach a consensus on whether the outbreak constituted a PHEIC, it however was decided by Dr. Tedros Adhanom Ghebreyesus, Director General, WHO that the current situation merited this classification.

It intends to launch a coordinated global response and may make financing available for cooperation on the sharing of vaccinations and medications. Until now, the PHEIC label had only been applied to the coronavirus pandemic and ongoing efforts to eradicate polio.

While in the media briefing in Geneva, Tedros acknowledged that the committee had been unable to come to an agreement, with nine members against and six voting in favour of the declaration.

Reports suggest that he has previously agreed with expert committee decisions, but had likely chosen to support the highest alert level due to concern about rising case rates and a lack of vaccines and treatments, despite the absence of a consensus.

“We have an outbreak that has spread around the world rapidly, through new modes of transmission, about which we understand too little, and which meets the criteria in the International Health Regulations. For all of these reasons, I have decided that the global monkeypox outbreak represents a public health emergency of international concern,” he said.

“Although I am declaring a public health emergency of international concern, for the moment this is an outbreak that is concentrated among men who have sex with men, especially those with multiple sexual partners,” Tedros stated.

“Stigma and discrimination can be as dangerous as any virus,” he added.

More than 16,000 cases of monkeypox have been reported so far this year in more than 75 different countries, with five deaths occurring in Africa. As of now, there are 11985 cases in Europe.

In the most current outbreak, outside of Africa where it is endemic, the viral disease, which spreads through close contact and typically results in flu-like symptoms and pus-filled skin lesions, has been primarily affecting men who have sex with men.

Scientists and public health professionals have been heavily pressuring the WHO and national governments to do more to combat monkeypox. Since the committee’s first meeting at the end of June, when there were only roughly 3,000 cases, the number of cases of the viral disease have skyrocketed.

The expert committee had already agreed to reevaluate the emergency designation if the outbreak got worse.

One of the main concerns that prompted a reevaluation was whether infections, which are virtually exclusively spreading among males who have sex with men, may spread to other populations, notably youngsters or those who had previously been vulnerable to the virus in endemic areas.

The committee has stated that any modifications to the virus itself might also cause a reconsideration.

According to Josie Golding, the Wellcome Trust’s head of epidemics and epidemiology, the choice should aid in limiting the spread of the viral illness.

“We cannot afford to keep waiting for diseases to escalate before we intervene,” she said.