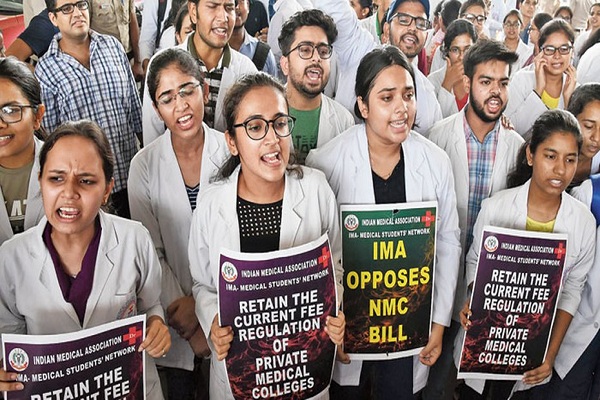 Rajya Sabha has given nod to the National Medical Commission Bill, which will replace Medical Council of India (MCI) with a new body in coming days.

While a section of medical fraternity oppose the Bill, the Government holds the opinion that it will bring radical change in medical education of India being one of the biggest reforms.

The bill that seeks to repeal the Indian Medical Council Act 1956 was passed with two new amendments. It will be introduced again in the Lower House before going to the President of India for his assent. Earlier on July 29, the Lower House Lok Sabha had passed the Bill.

“Once the NMC Bill is approved, exit examination will be implemented in the next three years,” the Union Minister of Health & Family Welfare Harsh Vardhan said in the Upper Hose while replying on debate on the Bill.

This exam, called the National Exit Test (NEXT), would ensure that the proposed National Medical Commission (NMC) moves away from a system of repeated inspections of infrastructure and focuses on outcomes rather than processes, Vardhan said.

NMC will have responsibilities such as approving and assessing medical colleges, conducting common MBBS entrance and exit exams and regulating course fee.

The proposed NEXT will act as a gateway to both PG admissions to undergraduate students and provide eligibility to students receiving degree from foreign universities. Most contentious provision in the Bill is Section 32 that provides for licensing of 3.5 lakhs non medical persons or Community Health Providers to practise modern medicine.