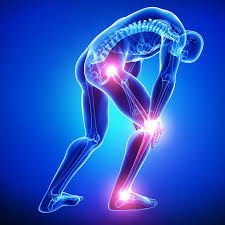 Hundreds of seasoned and budding Orthopedics from different parts of the world participated in a global conference held in Madhya Pradeshs Indore city recently.

The conference titled — Recent Advances in Orthopedics — was conceptualised as a confluence of education in an advanced branches of Orthopedics covering complex Total Knee Replacement, Hip Replacement, Spine Surgeries and Live Surgeries.

The world meet, participated by over 500 delegates, was meant to share knowledge worldwide under the aegis Shalby Hospitals, Ahmedabad.

It aimed at bringing together National and International faculties and delegates on a common platform in the Annual conclave of Orthopedics in India.

In his Keynote address, Dr. Shah described the event as Orthopedics as never before and hailed the achievements of Indian Orthopedics.

Speaking on the occasion Dr. Shah took the audience through the journey of Shalby which began in 1994 with a six-bed hospital in Ahmedabad. Today, Shalby Hospitals operates 10 multispecialty hospitals in Western and Central India, mostly covering the tier II and Tier III cities where patients were deprived of advanced medical facilities in absence of expertise and modern infrastructure.

On the sidelines of ORTHOTRENDS, 2016, an exhibition, participated by the surgical, pharmaceutical and allied industries, was also organised.