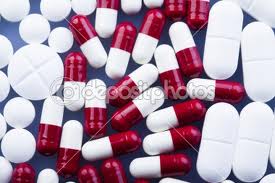 The Drug Technical Advisory Board (DTAB), the governments top advisory body on medicines, is likely to meet on July 19 to review the recent suspension of manufacturing and selling of three widely prescribed medicines anti-diabetes Pioglitazone, painkiller Analgin and anti-depressant Deanxit in India. The industry, which has strongly opposed the suspension, is also expected to make a representation in the meeting, producing scientific as well as clinical data in support of the suspended medicines.

The drugs are merely suspended and not banned. There are some adverse events reported, mainly in Chennai, based on which we have taken the decision to suspend the sale of these medicines in public interest.

However, since these are widely prescribed medicines and some experts have said a permanent ban may have price impacts on patients, we have asked the industry to submit data to support their case, a senior official aware of the developments told Business Standard.

If the industry submits enough scientific data in favour of the drugs, the government will consider revoking the suspension, added the official, who did not want to be named.

The industry is primarily concerned about the suspension of sale of Pioglitazone, which commands a market of over Rs 700 crore with major pharmaceutical companies such as Lupin, Sun Pharmaceutical Industries, Dr Reddys Laboratories and Abbott Laboratories manufacturing the drug in various combinations. However, the official said, the DTAB will consider all three cases based on evidences.

According to the protocol, the government usually consults the DTAB, which is constituted of the Director General Health Services and the Drug Controller General of India, apart from other senior officers and experts, before banning a drug.

The advisory board, which discussed the proposed ban on Analgin sale during its meeting on May 16, had said: The criteria of banning a drug should not be solely on the basis of its prohibition in certain countries, but also on the basis of its safety, efficacy and context of its usages permitted in the country, according to the minutes of the meeting.

The board also argued the drug was being marketed in some European countries and there were no adequate reports of adverse effect of the drug, which might warrant its prohibition in the country at the present juncture.

However, a separate panel of experts on medicines, the New Drugs Advisory Committee, which had also examined the issue of continued marketing of Analgin, recommended suspension of the drugs marketing, considering the safety aspect, though there is no adequate data on Indian population in support of a ban of the drug.

Besides opposing the suspension of these three medicines, the industry has also questioned the process adopted by the government.

While the Indian Drug Manufacturers Association has voiced its concerns before the health ministry calling for a review, the Indian Pharmaceutical Alliance, another major representative body of the domestic industry, indicated that it might even uate legal options to challenge the process of suspension of the drug, if the government failed to take industry on board.