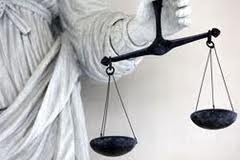 New Delhi: The Union Health Ministry has asked States to set up specially designated courts for speedy trial of offences under the Drugs and Cosmetics (Amendment) Act 2008.

As many as 14 states, including the Union Territories, have set up the designated courts and many others have assured to set up courts this year itself. We are taking stock of the situation and asked all States who are yet to set up courts for a time-bound action in this regard, a senior official of the Ministry said.

To specifically tackle the problem of spurious drugs, the Drugs & Cosmetics Act, 1940 was amended in 2008 by for making the penal provisions under the Act more stringent so as to make it deterrent for the anti-social elements from indulging in these illegal practices. Certain offences have also been made cognizable and non-bailable.

Regarding the manpower needed in this regard, the sources said the Central Drugs Standard Control Organisation (CDSCO) had been strengthened with additional manpower by creation of 216 additional posts at various levels since 2008.

The inspectorate staff have been regularly instructed to keep vigil and draw samples of drugs for test and analysis to monitor the quality of drugs moving in the country, sources said.

Two sub-zones of CDSCO (Hyderabad and Ahmedabad) have been upgraded to full zones and three new sub-zones (Bangalore, Chandigarh and Jammu) have been created to effectively cover the entire country under the active supervision of the CDSCO.