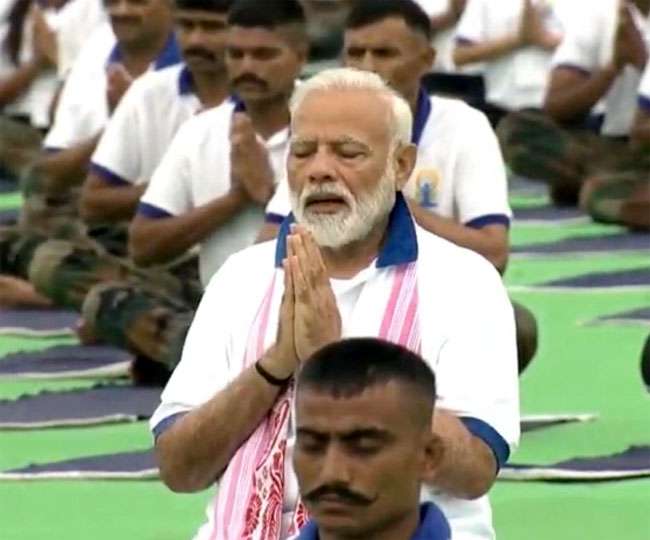 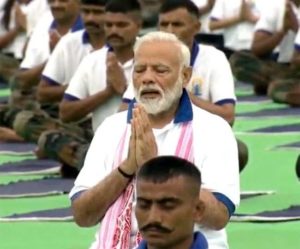 On the occasion of fifth International Yoga Day which is observed every year on 21st June since 2015, Prime Minister Narendra Modi on Friday said he wanted to make yoga an integral part of the lives of the poor.

Addressing a huge crowd gathered in Jharkhand’s capital Ranchi to mark the fifth International Yoga Day celebrations, Modi said, “Diseases make a poor person poorer; I want to take yoga from cities to the villages, to the jungles, to the poor and the adivasis (tribals).”

The International Yoga Day is being celebrated with pomp and show across the country. Reportedly many ministers have participated in sundry events across the national capital to mark the occasion.

As per reports, newly-elected BJP’s working president JP Nadda along with other party leaders performed yoga at a park opposite the BJP headquarters in the national capital.

The World Yoga Day, celebrated every year on June 21st since its inception on 21st June, 2015 after Modi-Government came to power with thumping majority. After four very successful celebrations of synergy, youth, peace through yoga in its previous editions, the official theme for this year’s World Yoga Day, is ‘Yoga for Heart’.