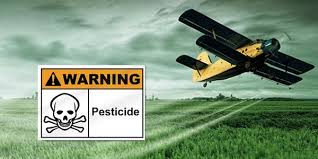 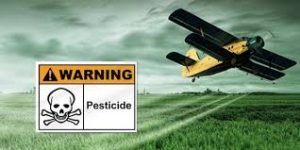 The Supreme Court has agreed to examine a plea seeking a ban on nearly 85 pesticides, which have been posing health complications.

A bench of Justices Arun Misra and Vineet Saran issued notices to the Centre and other authorities concerned on the plea which sought to empower states to decide on prohibition and restriction related to pesticides.

The continued use of deadly pesticides is a major threat to the Right to Life of farm workers and farmers. Just in terms of acute poisoning, without even getting into chronic health impacts, the situation is alarming and needs urgent action to remove deadly poisons from the scene, the plea said.

Advocate Prashant Bhushan has appeared for the petitioners.

Lack of authority with state governments is against the Seventh Schedule of the Constitution, wherein Item 14 under List II makes agriculture and plant protection, the subject of state governments, the plea said.

The petition also pointed out 84 cases of hospitalisation in the areas of Yavatmal in Vidarbha and 40 cases including a death in the government hospital in Akola of Maharashtra as a testimony to this danger.