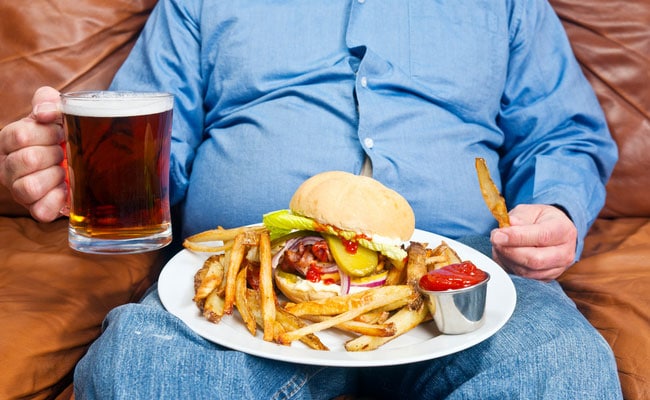 New World Syndrome affecting almost 75 percent world population. New World syndrome is an assemblage of maladies brought on not by microbes or parasites but by the lifestyle and dietary habits. It is a set of non-communicable diseases characterised by obesity, hypertension, diabetes, heart disease and shortened life span.

Dr Venugopal Pareek, Bariatric & Laparoscopic Surgeon, Sunshine Hospital, Hyderabad informs, New World Syndrome is occurring by a radical change in diet and lifestyle from a traditional to a Western. Other major contributing factor for New World Syndrome is western food. These foods are rich in fat, salt, sugar, carbohydrates and refined starches. These all content imported into the body and causes obesity.  Obesity is the major driver for the widely prent Diabetes mellitus, Hypertension, Cardiovascular Disease, Breast cancer and Dyslipidemia disorders.

Obesity figures are at a staggering 70 million. In India 70 per cent of India’s urban population comes in obese or overweight category.

As per World Health Organisation statistics more than 1.4 billion adults are overweight. Statistics shows that around 20 per cent of school-going children in India are obese, among those 19.2per cent are boys and 18.1 per cent are girls.

The modern high pressure office jobs and comfort travelling in air conditioned cars and other automobiles have replaced the traditional occupations and walking habit, that is resulting into less physical activity and more brain exertion. It has also become a major cause of New World Syndrome.

Dr Rajat Goel, Minimal Access Laparoscopic and Bariatric Surgeon, Primus Hospital, New Delhi says Obesity is such a condition where excess of fat get stored in the abdomen. In accordance with body mass index of body, 25% total body fat in men and 30% total body fat in women are considered as obesity.

Other consequence of overweight is obstructive sleep apnea, It is a respiratory problem in which breathing is stopped intermittently during sleep. Besides problem of sleep this results in high BP, heart failure etc.

An obese person is prone to gout- a medical problem that affects joints. In gout people have increased uric acid levels which results in painful, red and inflamed joints.

Increased body mass index raise the levels of triglycerides and bad cholesterol (LDL) in the body. High level of LDL and low level of HDL are major causes of atherosclerosis which results in narrowing of blood vessels leading to heart attack.

Lifetime risk of cancers is also more among obese individuals. They have higher chances of getting bowel, breast and oesophageal cancers.