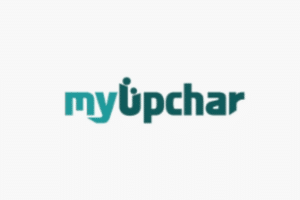 myUpchar, a local language health content app, has raised $ 5 mn funding, which will help it to further develop product and technology offering.

In an official statement on Tuesday, the Delhi based startup said that it received Series A funding from Nexus Venture Partners, Omidyar Network, and Shunwei Capital.

myUpchar which claims to be accessed by more than 10 million people, partners with doctors to offer health content and translates it into 13 Indian languages across disciplines such as allopathy, ayurveda and homeopathy.

Rajat Garg, co-founder and chief utive officer, MyUpchar, said, We have a unique opportunity to solve the acute awareness and access problem in the healthcare space. Our focus over the next couple of years is to address this gap via technology and content.

In September this year, the Startup had received $300,000 seed funding from Rajan Anandan, managing director at Google India, Alok Mittal, co-founder and chief utive of lending startup Indifi and others.

The team has done an exceptional job in building market leadership across the Hindi belt and now plans to scale their content and integrated consultation platform to several other regional languages,  Sameer Brij Verma, Managing Director, Nexus Venture Partners was quoted as saying.