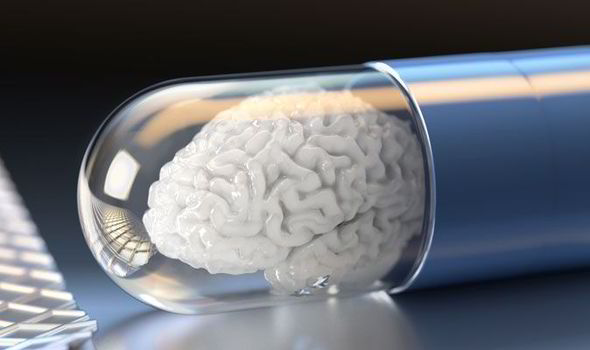 Hyderabad-based Suven Life Sciences has announced that the biopharmaceutical company has secured the grant of one product patent each from India (285812) and Japan (6185650) related to the New Chemical Entities (NCEs) for the treatment of disorders associated with neurodegenerative diseases.

According to the company, these patents are valid through 2027 and 2032 respectively. We are very pleased by the grant of these patents to Suven for our pipeline of molecules in CNS arena that are being developed for cognitive disorders with high unmet medical need with huge market potential globally said Venkat Jasti, CEO of Suven.

The granted claims of the patents include the class of selective 5-HT compounds and are being developed as therapeutic agents. These are useful in the treatment of cognitive impairment associated with neurodegenerative disorders like Alzheimers disease, Attention Deficient Hyperactivity Disorder (ADHD), Huntingtons disease, Parkinson and Schizophrenia.

Earlier, Suven had secured one product patent each from Australia and the US corresponding to the NCEs. The granted claims of the patents were from the mechanism of action include the class of selective 5HT6 and 5HT4 compounds and were being developed as therapeutic agents.

Besides these clinical compounds, the company has nine (9) internally-discovered therapeutic drug candidates currently in various stages of pre-clinical development.