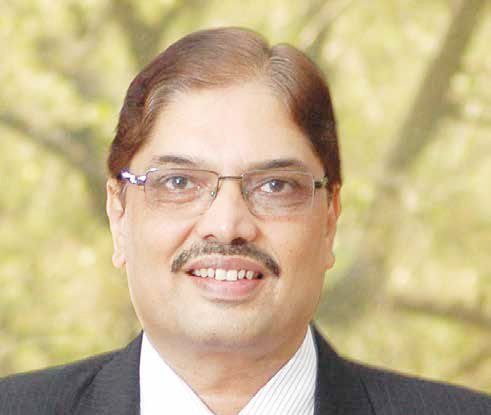 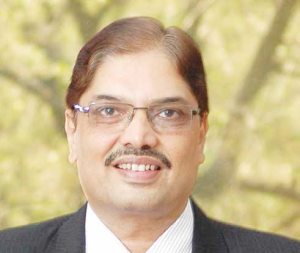 Advancements in IT must be blended with the general curriculum in medical education for making the syllabus in tune with the needs of modern medicine, says Dr Vishwas Mehta, Joint Secretary, Ministry of Health & Family Welfare, Government of India. In conversation with Kartik Sharma and Nayana Singh, ENN

There is a huge gap between demand and supply of human resources in Indian healthcare. How will the government overcome this challenge?
As far as Human Resources in healthcare is concerned, the trend all over the world shows that it is difficult to bridge this gap. Currently we are producing 50,000 medical graduates from 387 medical colleges in the country. Out of these, 23,000 are specialists. The World Health Organization (WHO) has mandated a Doctor Population Ratio of 1:1000, whereas the current ratio in India is about 1:1700. To bring this at par with WHO standards, we need to almost double this number, which is indeed a very difficult task.
It will take many years for us to create so many doctors at the current average rate of 20 new medical colleges being added every year. At this rate, even if we are adding 100 new medical colleges in the next five years, we will still not be able to produce more than 10,000 doctors; whereas we need five times more. Moreover, our current medical education is urban, which creates doctors for hospitals in towns and cities, and not for primary healthcare, needed in rural India.

What measures are you taking to ensure that rural areas have access to doctors?
The problem is that most doctors do not want to serve in rural areas for several reasons. Recently the Medical Council of India (MCI) announced compulsory rural postings for doctors, whereby every doctor has to serve in Primary Health Centres (PHCs) for at least one year before he becomes eligible for PG degree.
Many doctors have protested against this decision and different states have mixed responses to it. It is not easy to implement this decision. How do you implement this in states like Arunachal Pradesh or Nagaland, where there are no medical colleges?
Almost 65 percent of all medical colleges are concentrated in Southern and Western India, which means more graduates to be deployed per PHC in these states. However, one thing is clear that those choosing to work in this noble profession will have to give one year to work in rural India in the national interest.

Governments intervention is vital in healthcare sector; healthcare cannot be left completely in the hands of the private sector, as their major interest shall remain commercial

The distribution of medical colleges is quite uneven in India. How is the government addressing this issue?
There are vast regional disparities. Southern states have better health parameters than north. This is primarily because states like Andhra Pradesh, Karnataka and Tamil Nadu have more than 40 medical colleges each, whereas in North and Central India, 65 percent of districts (422 out of 644 districts) do not have even one medical college. So, we are going to concentrate on such under-served states and financially support them to upgrade their respective district hospitals into medical colleges. This will improve overall quality of healthcare services in under-served areas.

Can PPP model be beneficial for development of better healthcare infrastructure in India?
Public Private Partnership (PPP) model has not worked very successfully in the healthcare sector. However, it is possible to develop a synergy between them in certain areas like diagnostic services. Similarly, clinical resources available in government hospitals can be used for teaching purposes, provided a successful model is worked out and demonstrated. However, this has to be done at the state-level as demands and needs are different from place-to-place.
Health is one sector where governments intervention is a must, primarily because a very large number of people cannot afford facilities and treatment offered by the private sector. Any viable PPP model has to be worked out very carefully after looking at all pros and cons, since it involves dealing with patients and their lives.

How is IT being integrated in medical education to upgrade the syllabus as per the latest innovations?
Telemedicine can bridge the huge gap between the demand and supply in health services. National Knowledge Network (NKN) has already started providing 100 mbps and above broadband connectivity to all major educational institutions in the country.
Models for building virtual classrooms are being developed everywhere and IITs are running successfully based on NKN connectivity. Virtual classrooms and surgical suites in medical colleges will allow students to witness surgeries being performed live in operation theatres. Instead of learning from books alone, we can see three dimensional computer simulation models, which can be extremely useful in subjects like anatomy, surgery, etc.
Several technologies are available to facilitate learning, but unfortunately our regulators have not incorporated them in medical education curriculum. Some are of the opinion that technology can replace teachers in classrooms, which is true to some extent as far as theory classes are concerned and support for practical suites learning before getting exposed to real-time, onsite practical training. I am personally of the opinion that modern advancement in IT should be used to integrate with the general curriculum of medical education for enrichment of the syllabus.

What is your message to those involved in health services?
We have to maintain high standards for delivering quality health services by producing qualified professionals. Medical education in India is known for its quality all across the world. Lack of human resources cannot be solved by exponentially increasing the number of medical colleges. Those who are not passionate about this profession should not take it up.
At the same time, we must stop looking at doctors for all problems concerning public health. We should develop a Public Health Cadre including middle-level Health Service Providers or Community Health Officers (CHOs) who can be specially trained to take care of common ailments like common fever, diarrhoea, vomiting, etc. CHOs can be very effective as the first point of contact between people and doctors in rural areas. Right now, there is no one to take care of peoples health in rural areas except ASHAs and ANMs.