The last five years have seen a significant change in the health infrastructure in the most populous state of Uttar Pradesh. The Yogi Adityanath-led state government has been constantly working at improving medical education and health facilities in the state. Tarannum Manjul of Elets News Network takes a look at the changing health scenario in Uttar Pradesh.

Uttar Pradesh has always been one of the biggest and most populous states in India. And there has been a strong need to work on the health infrastructure of the state to ensure the best health and medical facilities for all its citizens. Chief Minister Yogi Adityanath has been taking strong steps for improving health facilities and in his first and now second regime, has taken several steps in the field of health facilities and medical education to improve the overall health infrastructure.

Medical Education on the rise –

The medical education department has been pushed into action, as the UP government aspires to make the state a medical education hub and also, self-reliant. The Medical Education Department is determined to provide high-quality medical facilities to the people of the state. In 2017, only 12 districts of the state had state medical colleges; 2022 will witness UP becoming equipped with 14 new medical colleges by the end of the financial year, apart from adding RTPCR labs, CT scan units, dialysis units, and more at district levels. At the same time, 16 PPP model colleges, two AIIMS, besides 30 private medical colleges are giving wings to the medical services of the state. 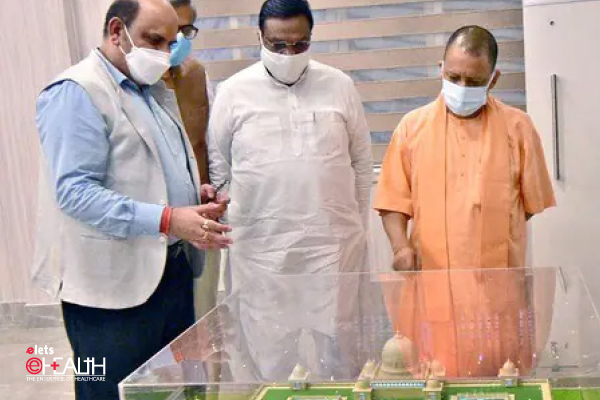 With a new medical college in each district of the state, there will be a reduction in referral cases in the hospitals of the state capital and the patients from other districts can get the best medical services and workforce in their home districts as well. The process of laying the foundation stone for the establishment of medical colleges in 14 districts is also underway, which includes underserved districts like Sultanpur, Sonbhadra, Chandauli, Bulandshahr, Pilibhit, Auraiya, Bijnor, Kanpur Dehat, Kushinagar, Gonda, Kaushambi, Lalitpur, Lakhimpur Kheri and Amethi.

Under the guidance of Chief Minister Yogi Adityanath, where corona infection was curbed in the state, the medical facilities of the state increased in just five years. Today the state government is working fast on the policy of one district, one medical college. Along with this, the Yogi government has started a super specialty block in the medical colleges of five districts of the state. Super Specialty Blocks have been started in Medical Colleges of Gorakhpur, Meerut, Prayagraj, Kanpur, and Jhansi.

There has been an increase in 938 MBBS seats and 127 PG seats in state medical colleges. Along with this, 1,550 UG seats in the private sector and 461 seats in PG & Diploma have been increased.

Hospitals in 13 districts of the state have been converted into autonomous state medical colleges. Simultaneously, in the academic session 2019-2020, studies were started by admitting students under the MBBS course in each college.

Keeping medical education and facilities in mind for the future, B.Sc Nursing course was started at Government Nursing College, Kanpur, Meerut, and Jhansi. In the direction of excellent medical education in the state, outdoor services have been started by establishing two All India Medical Institutes in Gorakhpur and Rae Bareli in Uttar Pradesh.

Medical professional seats will be doubled in the next five years in the state. In which 7000 seats for MBBS, 3000 for PG, 14,500 for Nursing, and 3,600 seats for Paramedical will be increased in five years. Compared to previous governments, the Yogi government has brought a golden age for health services. 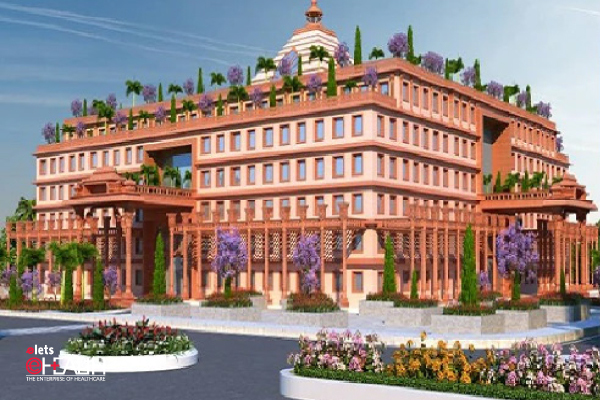 A total of 3691 primary health centers are currently operating in the state. All these CHCs and PHCs will definitely improve the health system of rural areas. At present, there are 174 district-level hospitals operating. Teleradiology facilities are being made available at 354 centres.

New CHCs, PHCs, sub-centers, and health & wellness centers will also be operational in rural areas, with the budget released under the National Health Mission (NHM). According to a senior health department official, a plan has been made to improve health facilities in rural areas in the budget. Under this, sub-centres will be opened for a population of 5000, PHCs for more than 10,000 population, and CHCs for above that. At the same time, there is also a plan to open a 100-bed hospital keeping in mind the serious cases.

Japanese Encephalitis or JE has been one of the most dreaded diseases in UP, affecting a large population, especially in the Eastern region. Due to encephalitis,thousands of people were infected in this area including Eastern Uttar Pradesh, Gorakhpur, Basti, Devipatan Mandal, Bareilly Mandal, Moradabad Mandal, Saharanpur Mandal.

The Uttar Pradesh government, led by Yogi Adityanath, has taken strong steps to curb JE as well. It may be noted here that the CM has been a Member of Parliament himself from Gorakhpur before becoming the CM of UP and has raised the issue of JE in the parliament on several occasions. A special campaign was initiated to tackle JE sternly by making the health department the nodal department.

Under this campaign, 16 Pediatric Intensive Care Units (PICU), 15 Mini-PICU, and 177 Encephalitis Treatment Centers have been established in the affected areas for effective treatment of children. In the year 2016, only 95 patients were identified and in 2020 only 74 deaths were reported.

Recently, a special campaign for Japanese Encephalitis vaccination was started in Lucknow by the Yogi government. The positive results of which were seen by all. Today, with the efficient strategy of the state government, it is moving towards controlling JE completely. The government has made proper arrangements for the treatment of pediatric patients suffering from AES and JE at BRD Medical College, Gorakhpur.